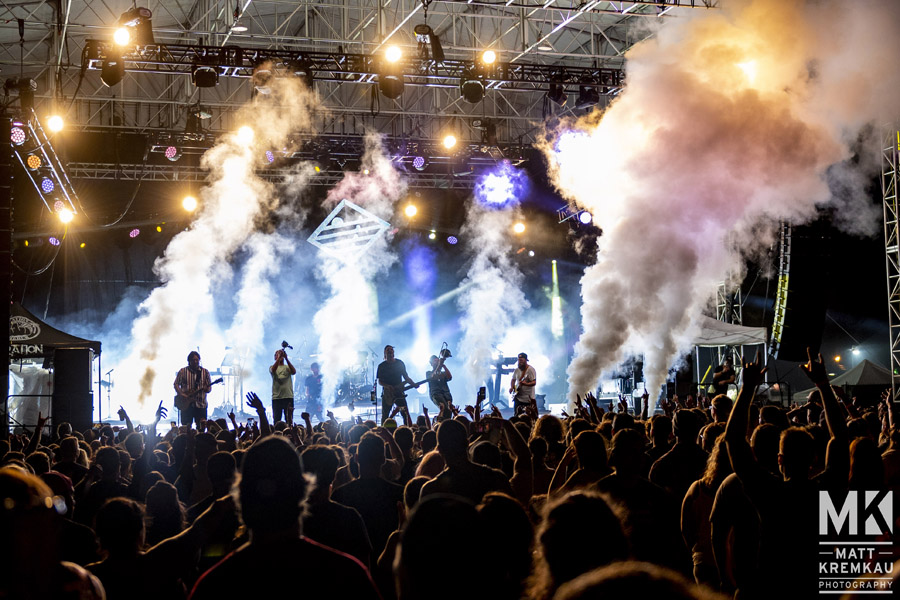 Iration’s Sunshine & Summer Nights made its way to the Northeast and Asbury Park, NJ this weekend for another stop at the Stone Pony Summerstage. It’s been my first show there since *you know what* happened, and Iration’s first stop back in NJ in a while as well.

With co-headliners, alternative hip hop group, Atmosphere, Passafire and The Grouch with DJ Fresh kicking things off, the Jersey shore was ready for a fun night at the beach!

Then the thunderstorms came into the area. As I was preparing to arrive for the opener, The Grouch with DJ Fresh, it started to rain so I was trying to wait it out in the car listening next door to the set. Just south in nearby Lakewood , they were getting pounded with thunderstorms that stalled over the area for hours and after the first set, the venue went into a safety rain delay. It was a nuisance light rain where the venue was but the proximity to the main storm caused the show to be delayed for 2 hours. The radar was looking grim too. The show did get back on track at 8pm and did not rain the rest of the night in Asbury all night, which was great. Sadly, Passafire had to be bumped from the show. I was really looking forward to their set. Hopefully next time!

As everyone started to re-arrive to the venue, Atmosphere was getting ready to go on. I wasn’t really familiar with the hip hop duo’s material. I recognized the name from festivals like the Van’s Warped tour and previous tours with some reggae acts. Fans trickled in quickly and Atmosphere finally got things back on track. I enjoyed their set, it reminds me of the more old school hip hop vibes along the lines of A Tribe Called Quest and KRS-One. The crowd was loving it too. I enjoyed the in-between song banter and jokes as well. The hip hop duo of Slug and DJ Ant performed for about an hour then it was time for Iration.

Iration was out for the final set of the night and the crowd was ready. The band opened with a new song to gently ease into the show and I’m excited to hear more new music from them soon. In the last few years, Iration released a new record so I was happy to hear them play a few songs from that record, Guava Lane and the album title Coastin’. In fact, the set was a mix of all of Iration’s records. I think due to the curfew, Iration had to play quickly and get through an hour’s worth of music before the town pulled a plug on the show due to noise ordinances. I particularly enjoyed when the band featured the horn section in the songs and also the new use of stage effects with a lot of blowing smoke. That really made for a fun atmosphere. Iration also played a few covers, Warren G’s Regulate with opener The Grouch coming out to perform with them.

The final song of the night was a cover of Katastro’s The Way I Feel. Katastro was supposed to perform on this tour and sadly lost the lead singer in a car accident. The loss was hugely felt with all the bands that played that night. Guitarist and singer Micah Brown had an homage on his guitar as well. A fitting tribute. At the end of the night, everything worked out after some turbulent weather earlier in the day, but a great night spent in Asbury Park. Till next time!