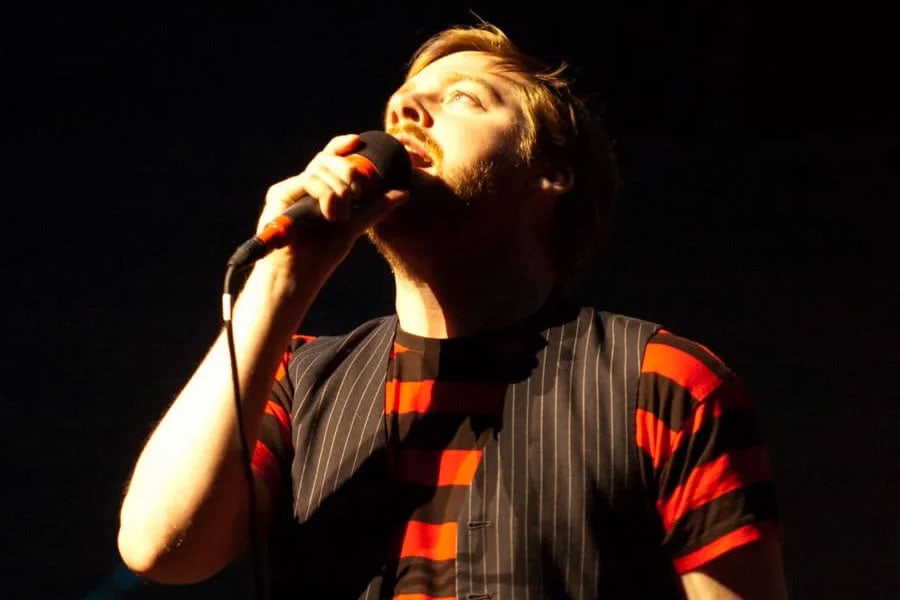 Last weekend I had the pleasure of seeing the Kaiser Chiefs perform at the Beacon Theater in Manhattan. I never saw the band play before so I was curious to check out their live show. I was also curious to see how the band would perform at a stale, seating venue like the Beacon Theater is. It seems like they would be better suited for rock venues like Roseland and Nokia Theater instead. Their last show was at one of those venues so not sure why they chose a seated venue this time.

A couple of weeks before the tour was to began, the Kaiser Chiefs announced they were canceling their US tour so I was worried I bought tickets to yet another canceled tour (ie. New Model Army). But thankfully the band was still playing their NYC show. The reason why the band canceled most of their tour is because they are going to start writing new songs. So that’s pretty cool that they want to get crackin’ on a new album already. It just sucks for fans who bought tickets to see them in other cities. I also found out that I got a photo pass for the show so I was excited to take pictures of a big band for a change. But I was also wondering how the setup would be since it was a seated venue. The first two bands, the setup was good because I could go right up to the stage. For the Kaiser Chiefs, it was different. I had to shoot from the far aisles because it blocked people’s views.

The first band was Datarock from Norway. I thought they were British at first, but I guess not. The band was a little weird to me. They all had red tracksuits on, and the singer looked like American Idol’s Sanjaya. I shit you not! I guess they have an indie electronica rock sound and I liked a few songs. The singer also sounded like the singer from Dexy’s Midnight Runners a little. I was singing “Come on Eileen” to myself. The band were energetic and different from the types of bands I usually see. The next band should have opened up next because they seemed like they took the energy out of the audience..or well me at least. They were called White Rabbits and they hailed from Brooklyn or NYC, one of those. The singer played the piano, and the band had 2 drummers. I thought the drummers were great, and the piano playing was okay. Just musically, it wasn’t my thing and too slow to hear live. At least Datarock jumped around a lot and got the crowd into a little bit.

Kaiser Chiefs were up next and played a lot of songs from both “Employment” and their newest album “Yours Truly Angry Mob.” They opened up with “Everyday I Love You Less and Less” and singer Ricky Wilson was bouncing all over the stage. This was my first time seeing the Kaiser Chiefs so I was looking forward to seeing how the band played live. I was impressed with his stage presence, he really knows how to rock out on stage. He was pogoing, running all over the stage and off stage, playing the tambourine, and well..singing. The rest of the band was non-existent though. But I guess that’s the typical thing with bands, have the singer be the most energetic and lively person in the band. I didn’t find any problems with the band’s performance at all, they played all their songs great! Their songs sound almost the exact same as they do on their albums. Just add some in-between song banter and football hooligan chanting and that’s a Kaiser Chiefs show. Some other notable songs that they played were “Heat Dies Down,” “I Predict a Riot,” “Ruby,” “Modern Way” “Everything is Average Nowadays” and “I Can Do It Without You.” The band came back for an encore and performed “Highroyds” and one of my favorites “Oh My God.” I heard all the songs I wanted to hear so I was a happy guy. I just wish I got a better spot to take pictures for the Kaiser Chiefs. Next time, next time…if there is a next time.