The Joy of Painting with Bob Ross is in the middle of a non-stop marathon on Twitch right now and I couldn’t be happier. The marathon started Thursday at 5pm to celebrate Bob’s 73rd birthday and will end on November 6th. Twitch is a kind of a weird platform for him considering it usually consist of boring gamers watching other boring gamers play a video game while making dumb comments. Sounds…fun? But that’s another rant for another time. Having The Joy of Painting with Bob Ross being streamed right now is a good thing though.

I wish this marathon was something permanent because I’m always in the mood to watch Bob Ross paint happy little trees and beat the devil out of that brush. It would be perfect for streaming on Netflix or available on PBS apps, but perhaps something will come out of this if this Twitch stream is popular enough. Amazon Prime might have streaming of some seasons but not sure if they have every episode. It sure would be a lot better than me trying to scour my TV and DVR all the episodes I can find.

I’ve been a fan of the Joy of Painting with Bob Ross for many years and in a way he was one of the people that influenced me early on in my art career. No idea how I started to watch Bob, perhaps it was from an art teacher, or channel surfing or just word of mouth from my family. I have fond memories of visiting my grandparents down in Rockland County, excited that they had NJN so I could watch Bob Ross. I’d curl up with one of the blankets my Grandma made and watch Bob paint for a half hour. Where I lived, we didn’t really have public access TV or his show never got syndicated as much. I remember watching episodes in Upstate NY with my grandparents, relatives and surround the TV and spout out some of the lines Ross would say. I also still remember where I was when I found out he passed away on July 4th, 1995. I was sitting on the beach on LBI and it came on the news or I read it in the newspaper. I was heartbroken because I loved his show so much.

I remember watching these episodes at an early age, amazed at how calm this guy was and how quickly he turned nothing into something in a matter of a half hour. You’d always think he was going to mess something up and then, he never did. If I or anyone else were painting on TV, you’d bet there would be edits, or fuck-ups or something like that. You never saw Bob Ross lose his shit and if he did mess up, they were “happy accidents.” When I started doing acrylic and oil painting, if I didn’t have something good in the matter of 5 minutes that canvas would be painted over and I’d be cursing for the next hour. Maybe that’s something I should pursue, the Anti-Bob Ross show…where I get frustrated and every episode would end with me throwing my brushes and breaking the canvas board across my knee. Would people watch that?

People watched Bob Ross for his calm demeanor and zen-like approach to painting. It was something about him that made his show so enjoyable to watch. It’s such a basic show but for whatever reason, it worked and people watched it. You can just listen to Bob talk and not watch him paint and still find it entertaining. As I’ve been watching this marathon on Twitch, it’s kind of funny how the show evolved after the first season. First season he had his glasses on, and somewhat porno-like music playing in the background. Glad they decided to let Ross’ voice be the soundtrack to the show.

I honestly can’t think of another local access show as popular as the Joy of Painting or a show that influenced so many upcoming artists. I painted landscapes for many years in high school. I used to be called Bob Ross a lot, despite not having an afro and calm approach to painting. I stopped oil painting in college when it wasn’t fun to do anymore and I switched gears to design instead. I still consider Bob Ross an influence because he was one of the first people to teach me about color, mixing of colors, compositions and when to embrace the madness and let there be happy accidents every once and awhile. Of course I could certainly try to use that approach to my overall life sometimes and not get so mad.

It’s a good thing the Joy of Painting with Boss Ross is airing on Twitch now because it will expose kids and people that never saw him before. Perhaps there will be less assholes in the world and not get mad at every little thing and just take a calm approach to life. Or maybe someone is watching him and painting along like the show was meant to do. But this is Twitch after all and people on there rather watch someone doing something than actually doing it themselves. I’ll be watching the remainder episodes with excitement and hope he’s available to watch for free in the digital world after this marathon is done. 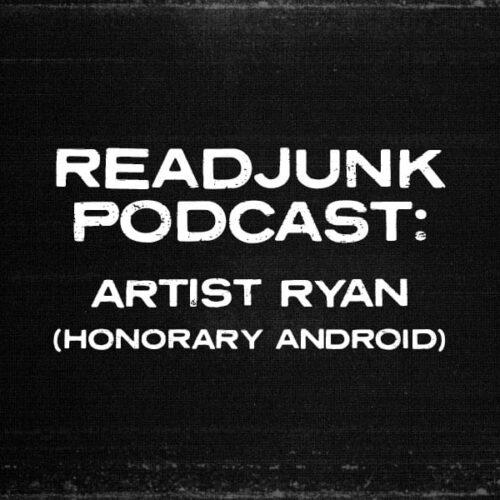 The Joy Of Painting with Bob Ross Marathon Starts Today on Twitch!