The Mad Caddies recently released their first record in 7 years and are back in full force. For 19 years, they have established themselves as one of the most innovative bands in the ska/punk scene. While those sounds serve as their foundation, the band is not afraid to incorporate any genre into their music from jazz to Latin to swing. We had a chance to ask Keith Douglas, Caddies trumpet player, some questions about the new album, reuniting with old members, and their label boss, Fat Mike.

Dirty Rice is your first full-length in 7 years but you have been working on it since 2009. What starts and stops were made along the way in getting to this record?
We toured pretty heavily for a few years following the release of Keep It Going but finding inspiration from a songwriting perspective wasn’t coming easy. We tried locking ourselves down in San Francisco’s Motor Studios to write for about a month but ended walking away empty handed. We decided to take a break for a couple of years and a number of us began to focus on some of our own projects and musical endeavors. After the odd show in our hometown of Santa Barbara and a little time to decompress from 16 years on the road, we decided to give it another go. Might not be the best formula, but it’s safe to say that we’re pretty damn happy with the result!

In the interim between Keep It Going and Dirty Rice the band released a Best Of compilation. What was the process like in putting that together and why did you decide to put out the release at that point in the band?
When we took some time off from the writing process we started noticing that the natives were getting restless. Our fans were really wondering what the hell was going on. Fat Mike (NOFX) suggested that we put together a “best of” collection. We took advantage of social media and asked our fans to tell us what they wanted to hear.

The band recently reunited with original member Todd Rosenberg. How long was he away from the band and how did the reunion come about?
Todd left the band in 1999 and rejoined in 2011. Not just your typical hiatus. We all hung out with Todd frequently throughout that time span though and worked with him on a number of recording projects. When Boz left the band (again), Todd’s return seemed like a real natural transition. We were in the midst of the early writing phase for this record and initially we just needed a drummer to write and rehearse with at the least. Todd had moved back to Santa Ynez and as the songs began to take shape, we all started gelling as a unit again.

You also added keyboardist extraordinaire, and AVN award winner, Dustin Lanker (Cherry Poppin’ Daddies) to the band. How has the inclusion of Todd and Dustin into the creative process changed the group?
Those two have really added a lot to our sound.  I think it’s injected a new vibe and new vitality into the formula. There’s definitely been a major shakeup as to how we tackle an arrangement now. Todd brought a couple of his own songs into the mix as well.

In doing some research on the Mad Caddies, there is this theme of return, between reuniting with old members and recording in the same building where you rehearsed in high school. Did that theme bleed into the songwriting and recording process? What kind of energy did that bring?
Yeah, there was absolutely a sense of familiarity and comfort revisiting Todd’s studio. It’s the first place that I ever rehearsed with those guys back in ’97! Over the years Todd has turned it into pretty damn well appointed recording facility. It was nice to be close to home and to work with people we’ve known for years. We even brought in our original engineer from Quality Softcore on up through Rock the Plank, Angus Cooke, to help out.

The band Ellwood fell right in the middle of this time period between full-lengths. What did that band give to you at the time versus more Mad Caddies activity?
A big part of the break had to do with differences in songwriting. Chuck had a number of more mellow reggae songs that just didn’t quite feel like they were part of the album that we were trying to create, so Ellwood was born. Apart from doing some backing vocals on the record, I had nothing to do with the band though. They did a number of local shows and even a European club run but in the end I think that may have ultimately made those dudes nostalgic to get back at it with the Caddies.

Fat Mike has consistently been a mentor to and supporter of the Mad Caddies. While many of us only get to see his public persona, what is he like on the business and musical side that we wouldn’t expect?
He’s a pro. A lot of people might assume that he’s always partying. Just read his lyrics, take in a live show, or an old episode of NOFX’s TV series, Backstage Passport. If that’s all that I had to go on, I’d think so too. I know otherwise though. When he’s in work mode, he’s extremely focused.

What is the biggest change you notice in the way that you approach the band today versus 10 years ago? 20 years ago?
I think the biggest change has come in the way that we write songs. In the past, we would lock down in our practice space and hammer everything out from scratch as a group. This method has definitely worked in the past but it’s always been a little time consuming. When we first dove into this last chunk of songs, we tried the same old tried and true writing process but that proved frustrating. We just weren’t making the kind of headway we had hoped for with so many cooks in the kitchen. Chuck, Sascha, and Todd took some time to themselves to hash out complete songs and when we all got together to put the finishing touches on them, everyone else was then able to give their two cents.

Let’s talk about the ska scene for a bit, which has seen a number of changes since you have started. The band was never pigeonholed as a ‘ska’ band and draws similarities to a band like Dance Hall Crashers in that way. Do you think this was a product of who the band was associated with or the music you played?
I would hope that it’s due to both of those factors. We definitely have been on tour with a number of heavier bands and more punk rock bands over the years. Being on Fat Wreck since 1998 definitely gave us more opportunity to tour with different bands. We’ve always been pretty selective about who we tour with as well. When I go to a show, I like to see a variety of genres and styles. Touring and playing with other horn driven bands is something we’ve always been careful not to overdo. Ska and ska-punk were, and still are, obviously heavily influential to our sound but there’s so much more to it.

Do you think this also has kept the band more active compared to the ska ‘crash’ of the early 2000s?
I guess so. I mean, we definitely saw a period of decline ourselves though. I’m not sure if that was caused by some kind of a backlash within that scene or just a changing music industry. I think we’ve stayed innovative enough to avoid being overly associated with any particular sound though.

How did you get hooked up with Mrs. Skannotto on this tour?
We did some shows with Less Than Jake a couple of years ago and met them through those guys. They’re super nice guys and a very talented bunch of players. They actually hit up our booker at the Agency Group recently and it just happened to work out. Happy to have them on board!

What is next for the group?
We’re on the East Coast right now. The album actually comes out tomorrow (May 13, 2014).Our record release wasn’t supposed to be in Philly but hey. We’re headed to Europe in July for a short festival run and then..? We’re hopeful to get back to Australia, Japan and South America and promote Dirty Rice. We’ve already begun working on more new material as well. It’s gonna be a busy couple of years! 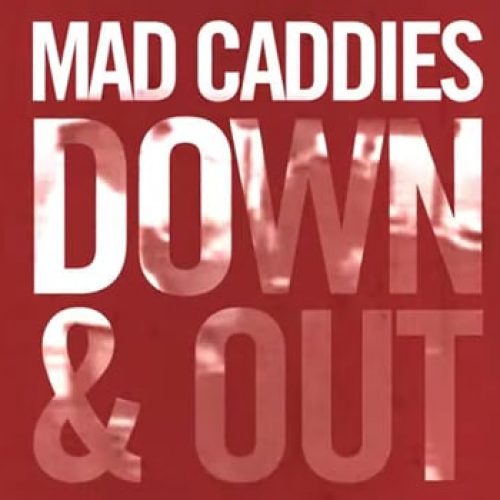 Music Video: Mad Caddies – Down and Out (Lyric video) 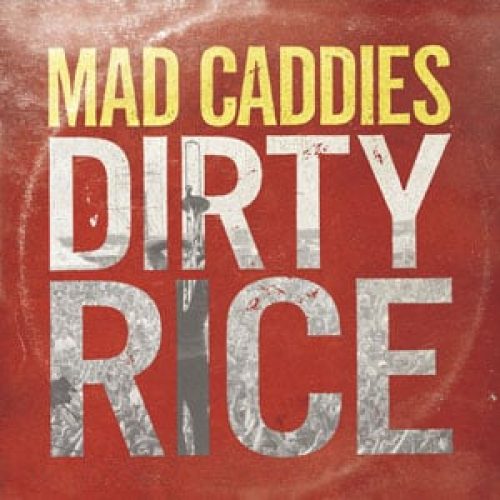