Chuck Ragan and The Camaraderie have premiered their latest music video on Esquire.com. It’s for the track “You And I Alone,” off their amazing new album Till Midnight. This video features Chuck and the band on the beach, so I’m sure this has made some girls’ (and guys’) fantasies come true.

Fresh off of the European run of his headlining Till Midnight tour, Chuck Ragan is happy to share his brand new video for “You And I Alone” via Esquire. Filmed on pristine El Matador Beach in Malibu, CA and directed by Dannel Escallón, the video is a perfect visual companion to the song, an upbeat and infectious ode to human kind’s most inherent sentiment— love.

“I love to write love songs because it’s the most powerful emotion”, Ragan explains. “I’m usually writing about whatever’s going on in my life. And when you’re living your life by wearing your heart on your sleeve, there’s not a lot to hide behind.”

Earlier this year, Ragan released his fourth studio album Till Midnight, which was produced, engineered and mixed by multi-instrumentalist Christopher Thorn (Blind Melon) at Fireside Sound and Fonogenic Studios in Los Angeles. The life behind Till Midnight couldn’t have existed without Thorn’s touch in addition to Chuck’s backing band, The Camaraderie, featuring Jon Gaunt (fiddle), Joe Ginsberg (bass), Todd Beene (pedal steel, Lucero) and David Hidalgo Jr. (drums, Social Distortion). The group joined The White Buffalo this spring for a full U.S. co-headlining tour and wrapped up the European portion of the tour last week.

Chuck Ragan, Chuck Ragan and The Camaraderie, music video, Side One Dummy, You and I Alone 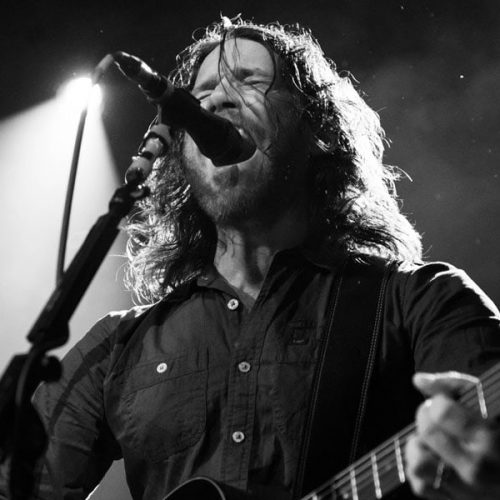