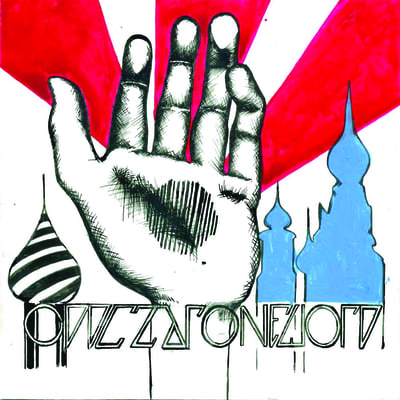 Each week, I will comb through what I’ve listened to and present you with some of my favorite sounds of the week.

One week in and I am already a couple of days late with the second edition. Despite my tardiness, I have some great things for you to listen to this week. The extra days just make it extra better. If you are in a band and think you may have something we may enjoy, feel free to pass it along. Hit me up on Twitter at @stevenrbauer or email me here.

Band: Oddczar
Song Of The Week: Junaluska
Location: Charlotte, NC
Latest Release: One Word on Bitter Melody Records and Self Aware Records
Site: oddczarnc.tumblr.com
RIYL: Touche Amore, Thursday, Pianos Become The Teeth
My Take: Emotional, heartfelt hardcore at its best. This band’s sound oozes the blood from the hearts worn on their sleeves…in the best way possible. A fury of bottled rage coupled with the moment that proceeds the moment where you went insane. Sonically, there is much textured layering with the music that just accentuates the absolute raw emotion coming from the vocals.

Band: Brave Bird
Song Of The Week: The Worst Things Happen To Me
Location: Ann Arbor, MI (woo-hoo!)
Latest Release: Maybe You, No One Else Worth It on Count Your Lucky Stars
Site: bravebirdmi.tumblr.com
RIYL: Brand New, Algernon Cadwallder, Modest Mouse
My Take: There has been this fantastic crop of new emo bands whose sound really reminds me of all of those great mid-late 1990s bands. I would immediately add Brave Bird to that list. Everything you could want here…gang vocals, fantastic breakdowns, mathy parts. This band has quickly risen to the very top of the listening queue.

Band: Signals Midwest
Song Of The Week: The Quiet Persuader
Location: Cleveland, OH (woo-hoo, yeah I have lived in a number of cities)
Latest Release: Latitudes and Longitudes on Tiny Engines
Site: signalsmidwest.tumblr.com
RIYL: Small Brown Bike, Fairweather, The Menzingers
My Take: This Max Stern is one talented guy. I recently saw a show his other band, Meridian (expect them to pop up at some point), played and he ended up sitting in with all 3 bands (including Bomb The Music Industry). There is a maturity in the songwriting that makes this music extra special. The band is in the studio now working on their next LP and I really expect them to blow up in the next year.