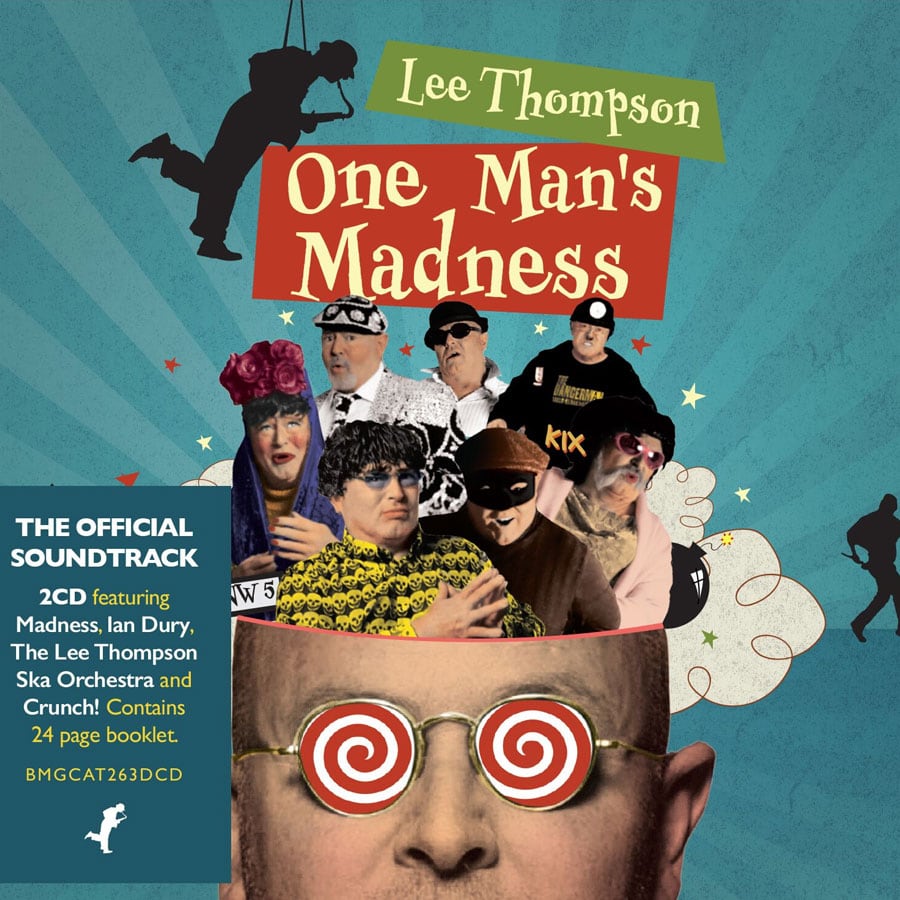 One Man’s Madness, a feature length mockumentary/rockumentary is about Madness sax player Lee Thompson. The movie and soundtrack will be released on June 1st in the UK, not sure about the US though. The film was directed by Jeff Baynes and tells the story of Madness saxophonist Lee Thompson, told by Lee and his fellow Madness band mates, his family, friends and musicologists! From meeting Barso and Chrissy Boy, and later Suggs, Chas, Woody and Bedders, to becoming one of Britain’s most iconic and successful bands, the film follows the path of Lee’s life through his lyrics and songs including such Madness classics as “The Prince,” “Embarrassment,” “House of Fun,” “Lovestruck” and “NW5.”


To celebrate the arrival of One Man’s Madness, BMG has announced official soundtrack to the film, a 2CD album, released 1st June. Featuring 27 Madness hits including “One Step Beyond,” “My Girl,” and “It Must Be Love,” other highlights include tracks by Crunch! (Lee’s side project with Chrissyboy) “It’s OK I’m A Policeman” and “Magic Carpet,” co-written by Lee with Suggs, as well as three tracks from The Lee Thompson Ska Orchestra and a previously unreleased cover of Prince Buster’s “Sit Down And Wonder” by Lee. The compilation is peppered with audio quotes from the film and opera-intros to some of the best-known Madness songs including “Embarrassment,” “House Of Fun” and “Lovestruck.” Soundtrack listing below.

Here’s the trailer for the movie, which looks completely zany and British:

Pre-order the movie and soundtrack here.