The Black Seeds announce their long-awaited sixth studio album to the world: Fabric, which will be their first album in over five years, is set to be released in North America via Easy Star Records on September 8th, 2017. The album features their brand new single “Better Days” which marked a triumphant return in May. Listen to the new single ‘Better Days’ here.


To celebrate, the band has shared a lyric video for the new single, created by Mark Russell (renegadepeach.com) & Owen Watts (themakersinitiative.com). Watch the time-lapsed footage here or below, featuring stunning scenes from their homeland Aotearoa.


After a couple of years touring the world and juggling festival slots, The Black Seeds focused their efforts throughout 2016 and 2017 on the recording of their new studio album. The sessions for Fabric took place at acclaimed engineer/producer and long-time Black Seeds collaborator, Lee Prebble’s Wellington studio The Surgery. The result is a twelve-track album of bold, groove-heavy tunes that demonstrate the multiple facets of what makes The Black Seeds who they are, set over a classic dub/reggae foundation.

It wouldn’t be a Black Seeds record without the warm affirmations of Weir and Weetman’s words, which we hear right from top to tail. The uplifting album opener “Better Days” ensures us that ‘better days are coming, lonely nights are leaving,’ while tracks like “The Weaver” remind us that love will conquer all pain.

The kinetic energy within the album is physically infectious, and makes you want to move with them. There are times where we dip into a gorgeous nostalgic homage to the late 70s/early 80s r&b-funk era with songs like “Freakin” or the bass-heavy groove of “Everybody Knows.” Overall, there is a grand expansiveness that sets over the track list, allowing for each song to breathe and exist on its own, but also comfortably within the context of the wider picture. This shows The Black Seeds’ limitless creative energy for what it is – always moving forward and progressing without compromising the soul of who they are, while always remaining conscious of the current world around them. 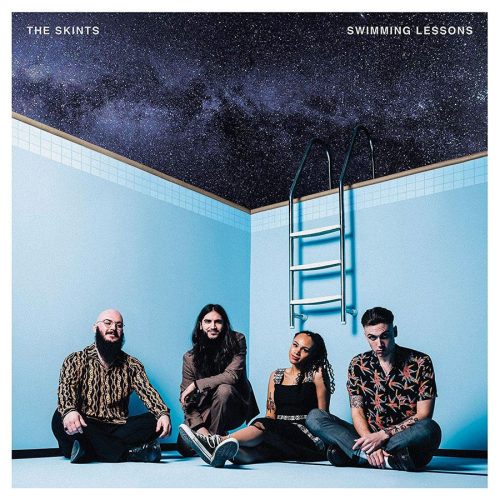