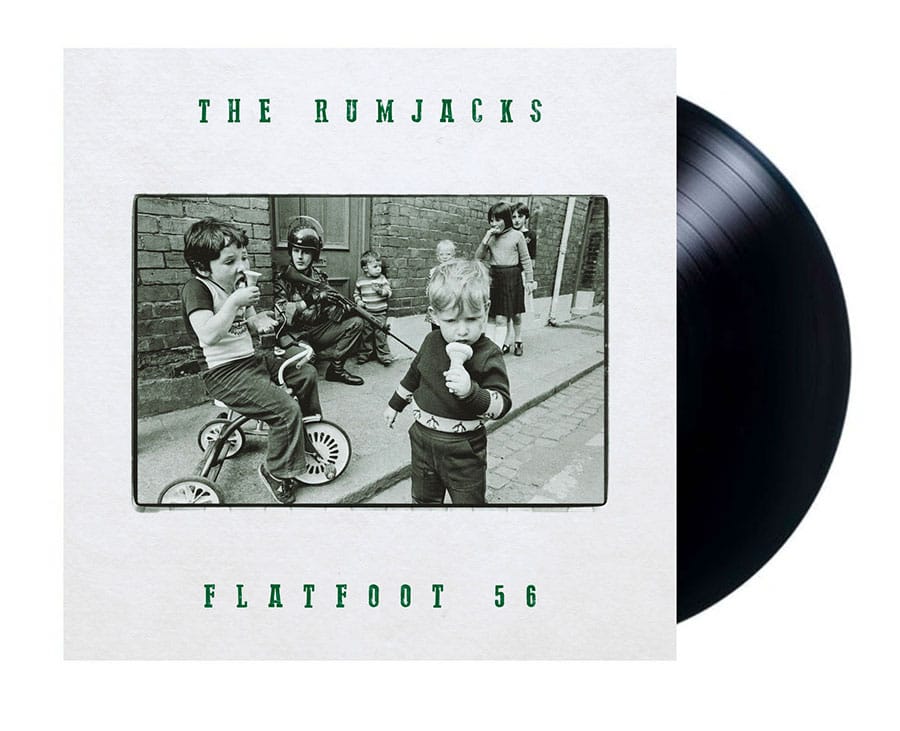 The Rumjacks are churning out new material weekly it seems, and they will be joining forces to release a split EP with fellow Celtic punkers Flatfoot 56. The new 6-song Split EP will be out May 6th. Details and music videos are below!

The Split EP (to be released globally on vinyl, download, streaming) offers up three new tracks from each band and is now available to pre-order (along with special limited edition vinyl leather sleeves) at: https://snd.click/SplitEP.

Both bands are now streaming a new track + companion music video in anticipation of the forthcoming EP. The Rumjacks’ politically-charged song “Whitecaps” is sure to become a new live staple, while Flatfoot 56’s “Mud” is a welcome addition to the band’s deep catalog.

“The song is vaguely about the rise of far right nationalist movements. White caps meaning rough waters due to high wind… But also could be interpreted as KKK hoods. It just means something big and bad is coming politically. I wrote it based on seeing swastikas all over Eastern Europe. As a Jew, it rattles you to the core to know people want you to not exist.”

“The song “Mud” is a song about the process of personal recovery that follows after the breakdown of a long-held and important relationship. It equates the journey toward recovery to a long and unpaved road. The only way to make it through the deep ruts of this road is through forgiveness. This process is a long slog through the mud, but ends in ultimate peace. While the song’s content has a heavy-hearted theme, it is also laced with a hopeful undertone of optimism in the line “I’ll be doing, I’ll be doing just fine.”

SIDE A – THE RUMJACKS

3 What Was Your Name in the States?

Front cover image was taken by Peter Marlow in 1979 in Derry, Northern Ireland. Ten years after the arrival of British troops in the province. The barricades are once more dividing Catholics and Protestants in areas of Belfast and Londonderry.

THE RUMJACKS Headline Dates (* with Flatfoot 56)
May 1 Brooklyn, NY @ The Brooklyn