Garage rock legends The Sonics have reunited and plan on releasing their first studio album since 1967. That’s a pretty long stretch! This Is The Sonics will be released on March 31st and the band plans on touring in April as well including a stop at Irving Plaza in NYC on April 8th and at Stone Pony in Asbury Park on April 9th..

Recorded in “earth-shaking mono” by noted producer Jim Diamond of Ghetto Recorders at Soundhouse Studios in Seattle, “This Is The Sonics” (release date: March 31, 2015) reunites original members Jerry Roslie on keyboards and vocals, Larry Parypa on guitar and vocals and Rob Lind on sax, harmonica and vocals. They are backed by a powerhouse rhythm section, bassist Freddie Dennis (the Kingsmen, the Liverpool Five) and drummer Dusty Watson (Dick Dale, Agent Orange).

“This Is The Sonics” follows 50 years after the legendary “Here Are the Sonics” (1965) and followup “Boom” (1966), which rocketed the Tacoma garage rock band into music history with a gritty, sped-up, brutal rock & roll attack that sounded like nothing that had come before. The Sonics singlehandedly defined the genre of garage rock with their debut single “The Witch” (1964) at a time when upbeat, positive ditties were still the standard rock fare. Instead, Roslie howled a primitive cri de coeur that took teenage desperation into far darker waters in the vein of Screamin’ Jay Hawkins, Jerry Lee Lewis and Little Richard, with ominous, drug-soaked, even Satanic themes, anticipating punk, heavy metal and grunge in its sonic force.

Broken up in 1967, the band’s legacy remained frozen in time, with classics like “Psycho,” “Strychnine,” and “Have Love, Will Travel” awaiting discovery and directly inspiring countless generations of garage bands the world over, including names like Springsteen and Cobain. Last year “Have Love Will Travel” was used in a Modelo beer commercial as well as the promo for the 2014 season of Anthony Bourdain’s well-loved CNN series “Parts Unknown.” The Foo Fighters’ Dave Grohl highlighted the Sonics and interviewed Parypa in the Seattle episode of the HBO series “Foo Fighters: Sonic Highways.”

Now, “This Is The Sonics,” released on their own Tacoma-based label Revox Records, picks up where the band left off with 12 savage new songs. Producer Diamond, the Detroit force best known for his work with the White Stripes, Dirtbombs and Electric Six, recorded the new Sonics record in mono, live in the studio, with minimal overdubs, for a raw sound experience that befits their indelible legacy.

“Bad Betty” is an original track from the album, which was released in a different version on a split 7″ single with Mudhoney for Record Store Day 2014. 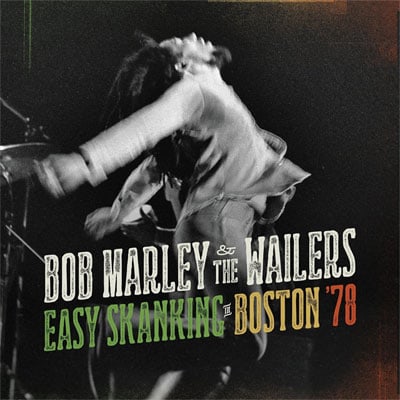 Next: Bob Marley being honor all year for his 70th birthday!