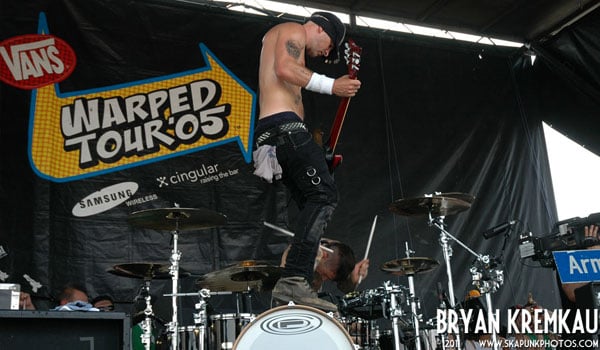 The Transplants are finally back with a new album called In The Warzone, which hits the street on June 25th via Epitaph Records. To mark the record’s announcement, the band is offering fans a free download of the record’s title track “In The Warzone.” Check that out here. Fans can pre-order the album by going here.

“When we started this band 13 years ago, we weren’t worried about who was going to like us,” states front-man Rob Aston. “We still aren’t. In A Warzone is more raw and stripped down than our previous releases. In my opinion, it’s our best album. It’s always been difficult to classify Transplants. But at the end of the day, we’re a punk rock band. We make whatever type of music we want.”

To mark the record’s announcement, the notorious band – which features Tim Armstrong (Operation Ivy, Rancid) Travis Barker (Blink 182) and “Skinhead Rob” Aston – will offer fans a free download of the record’s title track “In The Warzone” which sets the tone out the gate with raging vocals from Aston, guitar and vocals from Armstrong and a super charged hardcore beat from Barker.

Preview “In The Warzone:”

The Transplants will be taking their incendiary live show on the road for a North American tour opening for Rancid beginning on June 11th. Tim Armstrong will playing with BOTH BANDS. For more information on the live dates just go here: http://thetransplants.com/shows/

epitaph Records, In The Warzone, The Transplants

The Interrupters Releasing New Album “In The Wild” on August 5th