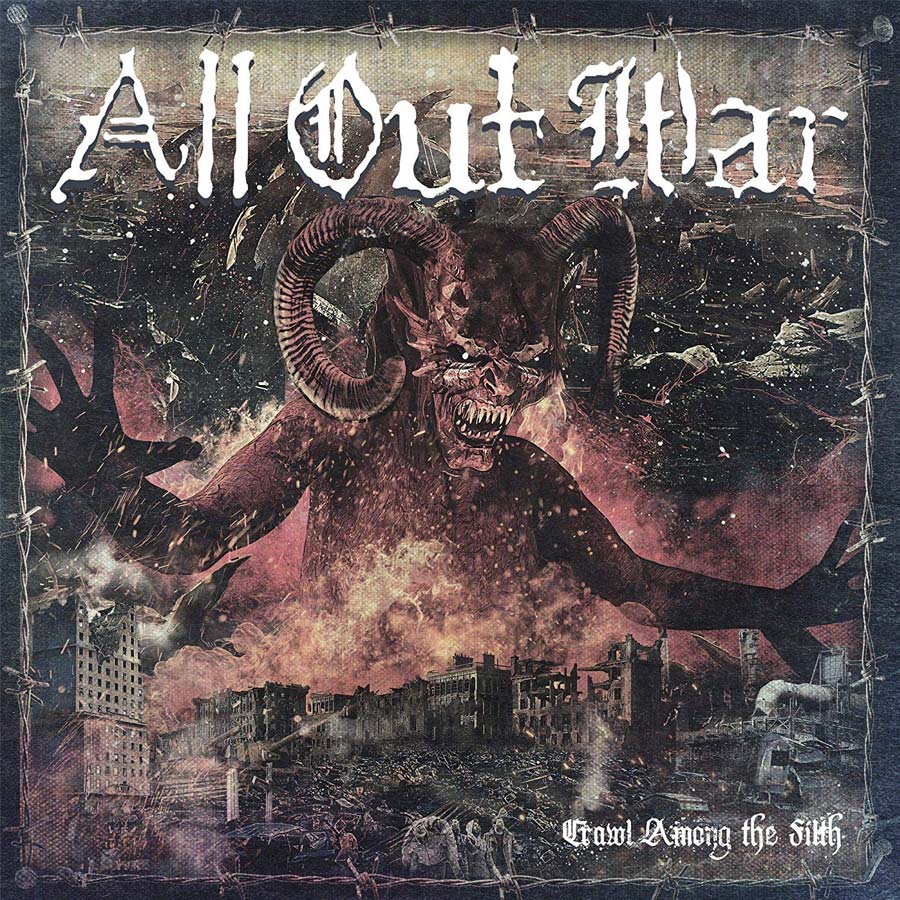 What can be said about All Out War that we haven’t already said 100 times on ReadJunk already? Being that a bunch of us here have grown up in the Hudson Valley, All Out War is one of our legendary top tier Hudson Valley bands with a career spanning over 25 years. What sets this new album apart from the rest is this isn’t some of the old boys got together to relive the glory days and jam together material. This serves more as a statement that the fire isn’t just still burning, they found new fuel to the fire and are ready to scorch the Earth. Crawl Among the Filth serves as a battle-cry for a band that 25 years plus into the career still has the same energy that got that momentum going in that practice space in Newburgh/New Windsor New York all those years ago.

I know I’ve probably said this in the past, but this new album is more unrelenting than ever, starting off with the machine gun like pace slamming out of “Divine Isolation.” “Judas Always Crawls” creeps into Converge like territory, with riffs swinging in with wreck less abandon. The album is like a well paced live set, keeping the energy up with “What Was Becomes Undone” the circle pit doesn’t stop. Finally, the album takes a break from punching you in the face with “Contempt be They Faith” with a slow intro going into an almost Morbid Angel-esque death metal slam. The Pace picks back up with “Drink the Plague” while “Suffocate and Subjugate” kicks in with an almost Punked up Merauder riff. Not waiting around “Gehenna Lights Eternal” comes in fast after a bit of a breather in the intro while “Septic Infestation” proceeds to give you a fast punch to the face. “Hanging on the Wire” and “Despised Regime” close out the record with a mid tempo pace compared to the rest of the record and the riffs take a brief melodic foray, well melodic for All Out War at least.

Overall, this is one of the better All Out War albums to come out during this rebirth. Not that the other records were less than, but this one sounds like a more driven record, incorporating new elements into their legendary style that’s given birth to hundreds of other bands. Don’t sleep on this one, if you check out one All Out War newer record, let this be one of them.