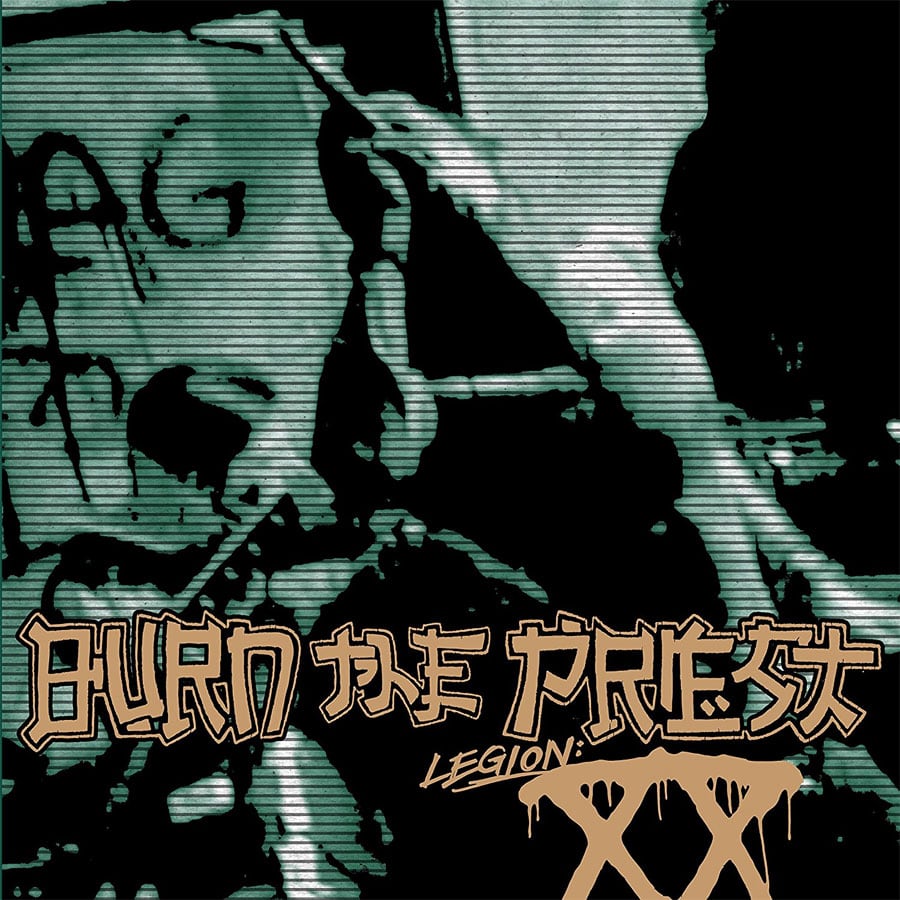 Lamb Of God return under their original moniker from the mp3(dot)com days, Burn The Priest, with a cover album that finds them exploring their roots in Legion: XX.


I was kind of surprised to see the album steeped very heavily into more punk and hardcore considering the Adler brothers professing their love for older thrash bands like Testament, Megadeth and others. More surprising is that this is a culmination of picks from the band, not just Randy dictating favorites.

The album opens with the Accused’s “Inherit the Earth” and it gives you everything you can ask for from a covers album, with a nice crisp punchy sound of an older tune. They continue on with a cool faithful take of the Melvin’s “Honey Bucket.” The album has 2 super obscure covers with Illinois’ Big Black (who featured brilliant audio engineer Steve Albini at the helm) with “Kerosene” and later on with a track by Richmond’s Sliang Laos with “Axis Rot.” Also Great is their inclusion of the Stormtroopers of Death classic “Kill Yourself” which fits well to the band’s style.

The clear Randy fan favorite Bad Brains is represented extremely well with “I Against I” to which at this point it should be noted the band did a great job lending itself to a lot of these songs. This comes more important with a lot of the bizarre guitar styles and solos Mark and company had to take on, especially in this Dr Know guitar solo on “I Against I.” The inclusion of a Ministry cover of “Jesus Built My Hotrod” seemed like an odd choice considering the rest of the album is mostly Punk and Hardcore covers. The album closes out with covers of New York Hardcore alumni Agnostic Front, Quicksand, and the Cromags. The AF cover is nothing you haven’t heard before, but cool here to hear a take that’s decidedly more metal’d up. The Quicksand cover of “Dine Alone” is very unexpected considering the band has more post hardcore leanings and Lamb of God, errrr, Burn The Priest is more towards the heavier side of metal if anything. It is a good place for Randy to stretch out his non screaming voice for a bit, and to be honest it’s kind of refreshing to hear. The close to the album is “We Gotta Know” by the Cro-Mags. In this version we find Randy belting out John Joseph’s lines with great clarity, although the instrumentation managed to somehow make the song more metal than it originally was.

Bottom Line: Overall this was a great way for the band to stretch their legs and break out of their shell. Little bummed the Helmet “In The Meantime” cover was left off as a B-side when it could have been included here, but otherwise this is a cool listen.
Notable Tracks: I Against I, Jesus Built My Hotrod, Kill Yourself, We Gotta Know
Overall Rating: