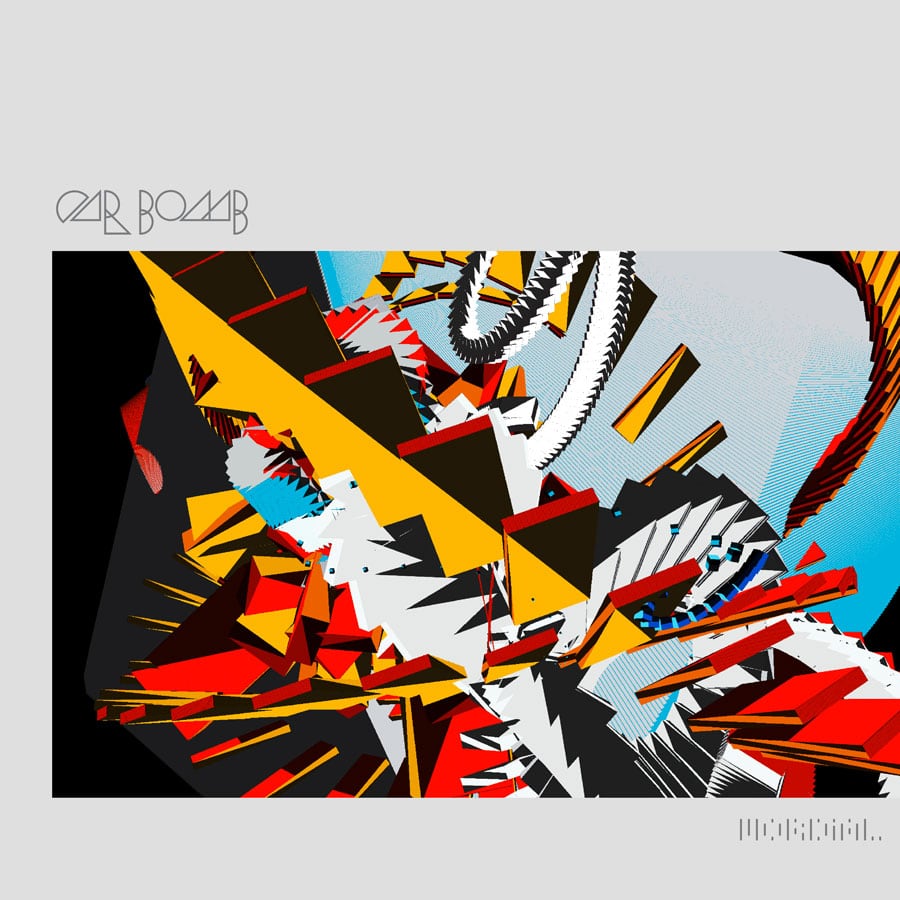 Car Bomb return with the album Mordial that’s even more out there than their 2016 effort Meta. Hailing from Long Island, New York; the band melts influences like Meshuggah, Mr. Bungle, Faith No More and others into this completely different sound unlike much of anything else. And when I say “melt” it’s probably the only accurate term to describe what it’s like listening to the band. Imagine if someone removed your brain, melted it, condensed it into powder, re-liquefied it and freeze dried it, and then zapped it again; that’s the best way to describe the chaotic nature of this band. Songs will change pitch not only mid song, but mid riff as well. But the interesting thing here is as confusing as describing their music, it’s not super jumpy when it comes to the transitions in the songs, everything is oddly exceptionally smooth going from one song to the next.


The big key ingredient here is they noticed what fans liked from their last album Meta in the melodic nature of the song “Gratitude,” so they decided to build upon that and the whole album as a whole takes this odd brain melting riff shifting combined with this almost discordant melody. “Fade Out” kicks in after the intro track like riding a brain scrambler which slows down into the melodic sung chorus only to bring you back full force into an opposing direction. “Vague Skies” continues with a melodic strummed intro into a frenzy patterned odd time signature battering and continues the out of control melodic chorus. “Scattered Sprites” has this octave bend riff into an almost Chino Moreno type verse. “Dissect Yourself” feels like your being blasted with riff-lasers. While the album itself to a point feels like it’s deeply rooted in a controlled chaos, there are moments like that in “Xoxoy” that have a post hardcore feel to them. “HeLa” sounds close to Messhuggah’s earlier Chaosphere style.

As complicated as the guitar playing is on this, “Blackened Battery” features a straight up guitar solo, which sounds like it fights to maintain it’s natural state versus melding into Car Bomb’s complicated effects drenched style. The title track seems to kick up a bit more of that Chaosphere influence. “Eyecide” is almost a straight up normal sounding song compared to the rest of the record except when the guitar pitches drop in a few sections out of nowhere. “Antipatterns” is one of the more melodic songs on the album featuring less chugging and more parts sounding like they bounced the riffs through tubes. “Naked Fuse” closes out the album; instead of changing pitch it changes speeds and tempos throughout the song.

I’d also be remised if I didn’t mention beyond the technical nature of playing, this is probably the best example of maximizing the potential of whatever amp their using (whether it’s Axe FX or Kemper). The utilization of effects here as instruments themselves to progress the song writing rather than resolve them to be crutches is brilliant. Aside from the guitars, the bass and drums sound super thick and impactful to perfection. The light use of effects on the vocals to provide a cold distance to some clean sung parts comes off great too. What I’m getting at is this production and engineering here is very top of the food chain.

Overall when listening to this you might think you need some sort of science degree to understand all the complicated things going on here. If you’ve followed the band before this, think of this as the next logical technical step for them. While earlier efforts made it somewhat easier to classify the band as somewhat of a Meshuggah knock off, this effort not only distances them from it, but also gives a full dose of something other technical Metal bands are going to need to catch up to.