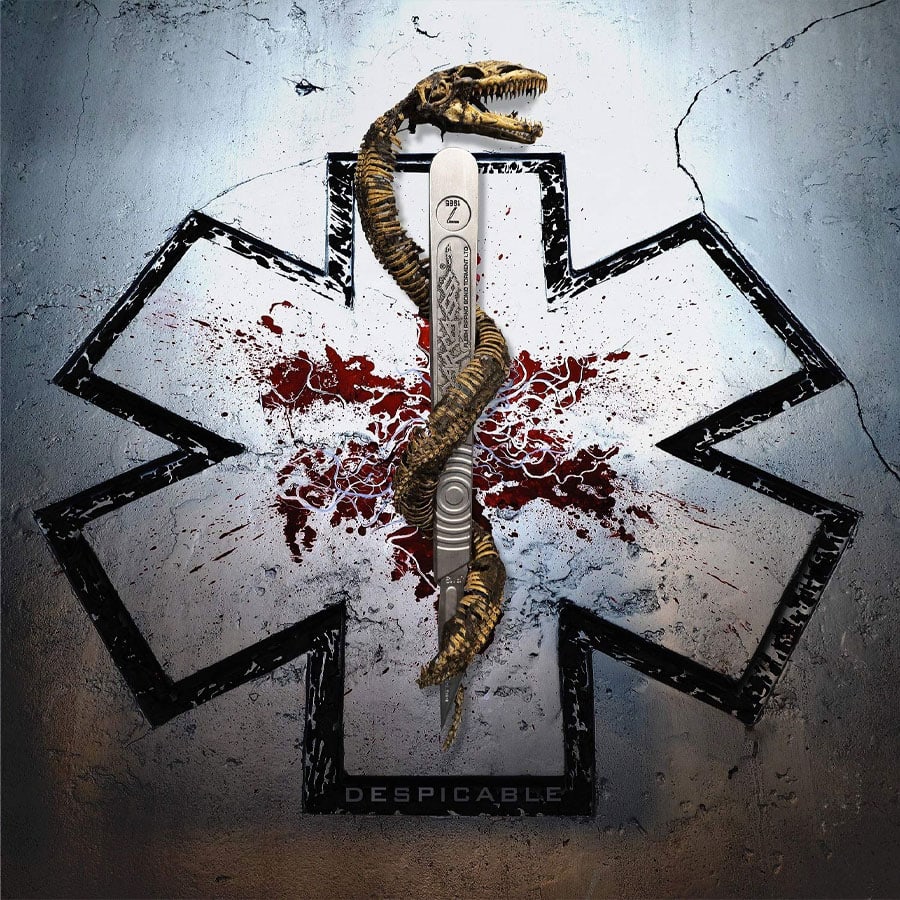 They say good things come to those who wait, would it surprise you that this is the band’s first album since 2013’s critically acclaimed and long waiting release Surgical Steel? Carcass is back with the ‘Despicable’ EP! Recorded as a trio, Bill Steer, Jeff Walker and Dan Wilding stay true to their visceral style with 4 new songs. If you missed their signature guitar and vocal sounds piercing through your eardrums, prepare yourself for surgery because you’re about to be in for a minor procedure with impressive results!

Medical references aside, this EP is everything a loved one waiting patiently outside the operating room could want. Ok, I swear that was the last one. The album opens with “The Living Dead At The Manchester Morgue” and kind of fits in similar to how Surgical Steel opened with a bit of dramatic flair ala Carcass. Even though this effort was just as suspected with Steer/Walker/Wilding, there are a few guests providing keyboards and organs (not those kinds of organs) including ex Opeth member Per Wiberg and Fredrick Klingwall. This album also includes the earlier released “Under The Scalpel” single, although I’m not really certain what dissects this from the original version.

What’s even more interesting about this release is apparently these songs didn’t make the cut for the new album they’ve been working on tentatively titled Torn Arteries. I got to say, for songs that didn’t make the cut; we’re shaping up to get one hell of an album when it eventually does come out.

Bottom Line: while this isn’t the full-length album we wanted, it makes the perfect incision into the next Carcass release letting us know what to expect when the procedure for ‘Torn Arteries’ is scheduled.
Notable Tracks: The Living Dead At The Manchester Morgue, Under The Scalpel
Overall Rating: