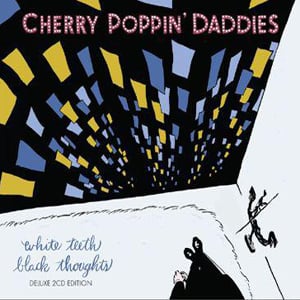 It’s like it’s 1997 all over again with the Cherry Poppin’ Daddies release of their sixth studio album. “White Teeth, Black Thoughts” focuses the swing and jazz sounds that the CPD’s are known for. The Deluxe Edition includes an entire extra album full of some bluegrass, country and Americana tracks as well as some rare CPD cover songs sprinkled about.

The last time that the Cherry Poppin’ Daddies released a full on swing album was, in fact, 1997s “Zoot Suit Riot” which was a collection of mostly previously released songs. “White Teeth, Black Thoughts” is 100% completely new tracks with no previously released filler. Over the years since the release of “Zoot Suit Riot” the Daddies have sprinkled in some pretty good swing songs on every album with the exception of “Skaboy JFK”. “White Teeth…” is full of some pretty good swing songs to put it mildly.

Two of my favorite songs (“The Babooch” and “I Love American Music”) kick off the album and they’re immediately followed by some very upbeat danceable swing songs. The album doesn’t take a break until the slow tempo title song that has a lounge song feel to it with the heavy bass and the predominant brass section. From there the album picks up the fast tempo with the musical influences branching out into country and rockabilly.

The second disc of the deluxe edition is almost like listening to an entirely different band and showcases quite a few sounds that CPD never really explored on any of their previous albums. There’s some county songs, some zydeco songs, some blues songs and just about any other subgenre of American music that you can toss in there.

I’m going to have to give credit to “White Teeth, Black Thoughts” as having some of the best song names of any Cherry Poppin’ Daddies albums. To name a few there’s “Peckerheads and Badasses”, “Jake’s Frilly Panties”, “I Want A Bowlegged Woman”, “Flat Butts and Beer Guts” and “You Wiped Your Ass With My Heart”. Those are some classic song names that you’re sure to never find on any radio station’s playlist.

“White Teeth, Black Thoughts” is a great addition to the Cherry Poppin’ Daddies discography and a great swing influenced album. Hopefully people will come to realize that the Daddies weren’t just some band that was part of a swing revival during the 90’s and that they were making those songs for their love of that music, much like they are today when there is no swing revival on the horizon. Their love of the music seems truly genuine and that’s what I’ve always loved about the Cherry Poppin’ Daddies.

Bottom Line: The best, if not only (?) swing influenced album released since 1997. If you’re considering purchasing “White Teeth, Black Thoughts” do yourself a favor and pick up the deluxe edition. You’ll be missing out an entire disc of great songs if you don’t.
Notable Tracks: The Babooch, I Love American Music, Whiskey Jack, Flat Butts and Beer Guts, Ragged Ol’ Flag, I Want a Bowlegged Woman
Overall Rating: 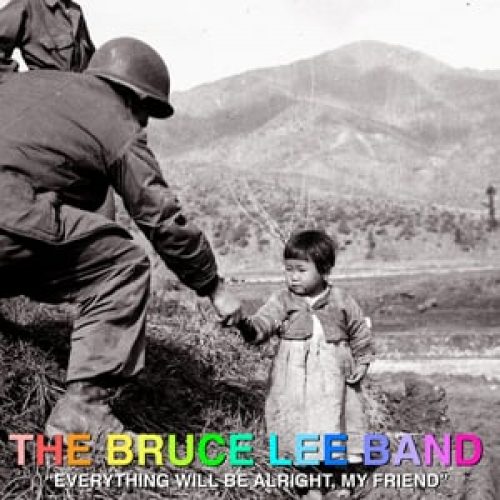 The Bruce Lee Band – “Everything Will Be Alright, My Friend”