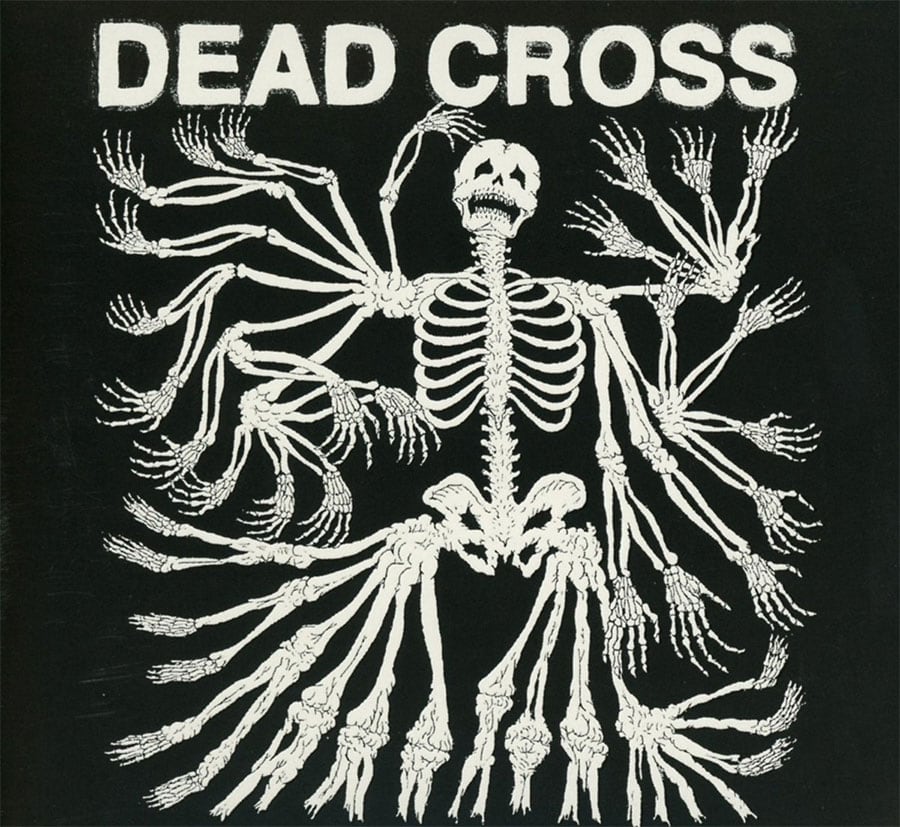 Ipecac presents this new release from this side project featuring Dave Lombardo formerly of Slayer, Justin Pearson of The Locust, Mike Crain of Retox and Mike Patton of Faith No More/Mr. Bungle/Tomahawk/Fantomas and a thousand other bands fame. The project didn’t originally go this way, the band started off Michael Crain, Justin and singer Gabe from Retox with Dave Lombardo. After playing some shows, they then went into the studio to record this album, to which Gabe left after finishing vocals. Presented with an option to release what they had, they chose to pursue the album with a different vocalist. They sent out feelers and while trying to shop the album and asking Mike Patton if he knew anyone, he ended up taking the instrumental version of the album and creating his own wild vocal tapestry, in addition to committing to release the album on his own Ipecac Recordings.


While the vocals and instrumentation were recorded separately, you get to answer the question of “what would it sound like if Mike Patton fronted a hardcore band?” While we may have had a taste of this when Patton collaborated with Dillinger Escape Plan’s on the Irony of a dead scene EP, this sound wise reminded me more of the more experimental 90s style hardcore bands that really explored things, think of a large chunk of the Hydra Head records discography. If you’re unfamiliar with that, it’s a sound that explored the boundaries of what “hardcore” is by injecting elements of grindcore and other metal influences. I guess a better way to put a spin on this would be the sound of early Converge with a different vocalist. A lot of this record is pretty hyper in the punk sense with songs like “Grave Slave” and “Shillelagh” with good breakup moments like with the cover of Bauhaus “Bela Lugosi’s Dead.”

Instrumentally speaking, this leans to more of a raw approach as the drums, guitars and bass sound very real and unprocessed. There are definitely a lot of elements where you could say that it’s either signature Lombardo or Justin Pearson. Musically, while they’ve shared other bands like Fantomas, I would not be quick to say this doesn’t share some similarities, but this is far from that project as far as overall concept and sound. If for some reason, you’ve never heard Mike Patton, well then this is going to be a great introduction at his full potential for being one of the most innovative vocalists of our time. Overall I’d have to say this combination Patton and this band was a great call.