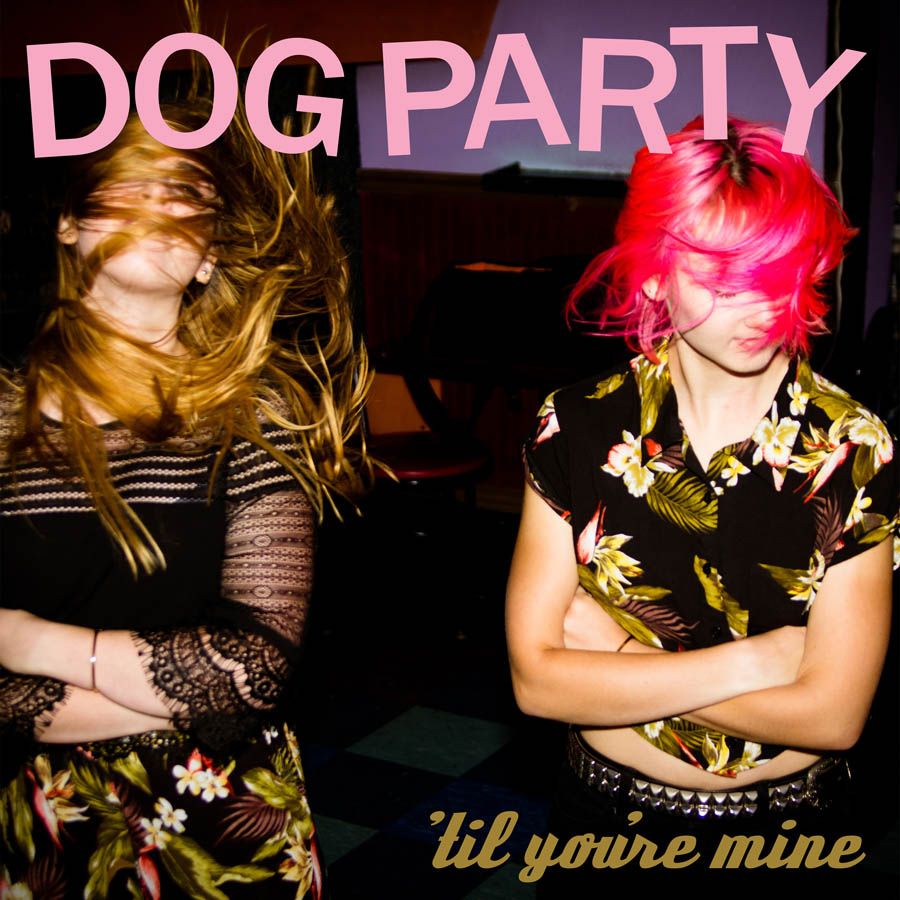 Hailing from Sacramento, California, Dog Party are two-sisters that are heavily influenced by the Ramones as much as they are by the sounds of 90’s riot grrl bands. “Til You’re Mine” marks the young bands’ fifth full-length release and their third on Asian Man Records.

While I have heard of Dog Party within the past year or so, it never came to be that I got a chance to listen to any of their music. Now, as I sit here writing up this review, I feel ashamed of myself for not somehow discovering them sooner and spreading their praise years ago.

“Til You’re Mine” is a perfect blend of Ramones-esque three chord pop punk and fiery female-fronted grunge punk ala Bikini Kill and L7. They even through in a spot-on cover of Bikini Kill’s “Rebel Girl” for good measure. All of the songs are fun, energetic and very damn catchy. Two of my favorite songs on the album, “The Look” and “And I Did” showcase some of the different styles that keep “Til You’re Mine” exciting throughout. “The Look” is a fast and edgy punk song with a breakdown that will get you banging your head while “And I Did” still has a punk backbone but has softer vocals for all of those mosh pit sing-a-longs.

Here are some words of advice…don’t be a putz like I was. Go out and start listening to Dog Party right now in preparation for the release of “Til You’re Mine” and then throw on your plaid pants and leather jacket and go support these talented young ladies while they’re out on tour. You will not be disappointed. And if, for some reason you are…well then…you suck. Nuff said!

Bottom Line: Two sisters that love the Ramones form a band and it kicks ass! “Til You’re Mine” sounds like it came straight out of 1994 but with a fresh touch of youthful exuberance. Go pre-order now!
Notable Tracks: Til You’re Mine, And I Did, The Look, Rebel Girl, Enough, Round N Round
Overall Rating: