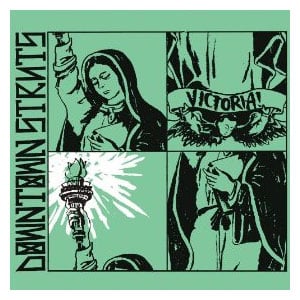 The Downtown Struts long-awaited release of Victoria is the type of album you can just leave on and not want to skip a track. The band plays punk rock similar to Bouncing Souls, Face to Face and Hot Water Music.


“Prologue” starts the album and the majority of the song builds up nicely into the the end of the song and into “Postcards.” I’d actually love to use “Prologue” for one of my videos. Rockin’ good tune that builds and builds, and then bam. Quickly ends. “Postcards” is perhaps one of my favorite songs on the album. I like the guitar’s basic strumming in the background of the song. The hand claps used sporadically sounds cool too. The keyboards on “Rocca Ave” sound awesome in it. Plus, is it just me or does this song have a bit of a Bruce Springsteen feel to it? Either way, I dig it!

It’s hard to write about albums I actually like. It’s easy to bitch but I like this album a lot; I think you’ll like it just as much! Listen to it on Spotify first before you decide to buy.