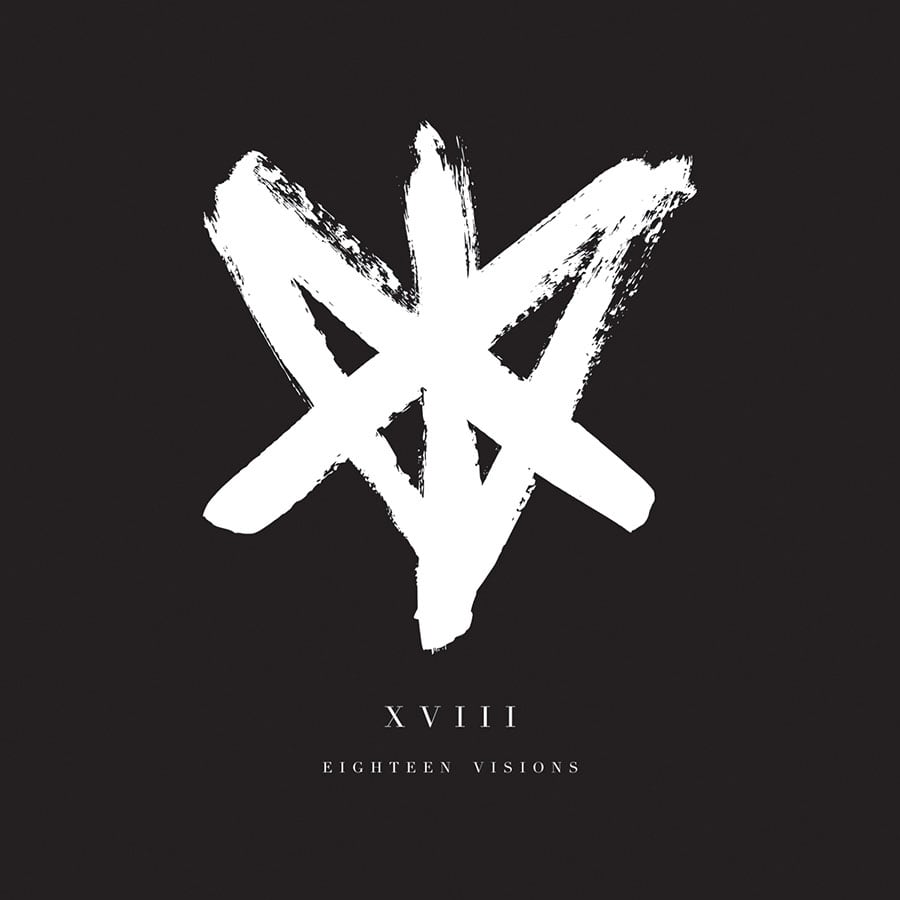 Eighteen Visions return after a 10 year absence with XVIII. A lot has happened since we last heard from the band, who started out blending an interesting detuned sound blending 90s metalcore with grindcore influences on albums like Yesterday Is Time Killed and Until The Ink Runs Out. With Vanity they took their gritty sound and incorporated more rock and alternative influences streamlining their sound, which got the attention of Sony. With the Sony releases Obsession and Eighteen Visions there was more of a conscious effort to drift away the parts based writing that made Until The Ink Runs Out that was popular in the late 90s to a more focused song structure that was a lot more friendly with radio at the time, which ultimately left some fans dissatisfied with the band’s growth.


With XVIII it’s a return to the heavier side of things very akin to ‘Vanity’-era with a touch heavier riffing guaranteed to please fans of the 90s material. If anything I find songs like “Oath” leaning towards Keith Barney’s time in Throwdown while leaning on his grittier Eighteen Visions side. Sadly, longtime member Ken Floyd was unable to contribute to this, and I’m not sure what effect that has on the music on here, but it doesn’t seem to be lacking at all. Trevor Friedrich returns on drums, but the return of James Hart’s vocals are a big part of the enjoyment of the album. James’ screaming hits points of breaking as he gives his all on “Crucified” and “Oath”. It’s also pretty cool that this far in, lyrical themes pick up where they left off. What’s kind of cool is unlike other recent reunion albums, it gravitates toward the sound you remember them for, and not the stuff that some people may have given up on the band with. That being said, it’s not to say the Sony era rock influences don’t find their way onto this hear, in “Fake Leather Jacket” has a good sleazy rock feel similar to when they tried to bring in that Stone Temple Pilots influence to their gritty sound, while still sounding heavy as hell. The same can be said of “Spit” and “Laid To Waste In The Shit of Man”, just some good down tuned metal with slow gritty sleazy rock riffs. In fact, “Laid To Waste…” features somewhat of a riff throwback to “Waiting For The Heavens” from ‘Obsession’

The album closes with “For This I Sacrifice” which is a pretty great way to the end the album on somewhat of a battle between the heavy side and the melodic side. I think overall this is the kind of album you expect bands to come back with, bringing you back to a sound you missed, rather than other bands’ reunion albums offering more of “hey, we’re back and we’re picking right up where we left off whether you like it or not”.

Bottom Line: Great return release by the band, and couldn’t be better. This is the album they should have put out in between Vanity and Obsession that would’ve made for a better transition for the fans who didn’t appreciate the evolution of the band. While this strictly a fan service release, new fans can latch on easily to find out what the big deal with this band was all about with a brand new album.
Notable Tracks: Oath, Crucified, Live Again, Spit, Laid To Waste In The Shit of Man
Overall Rating: