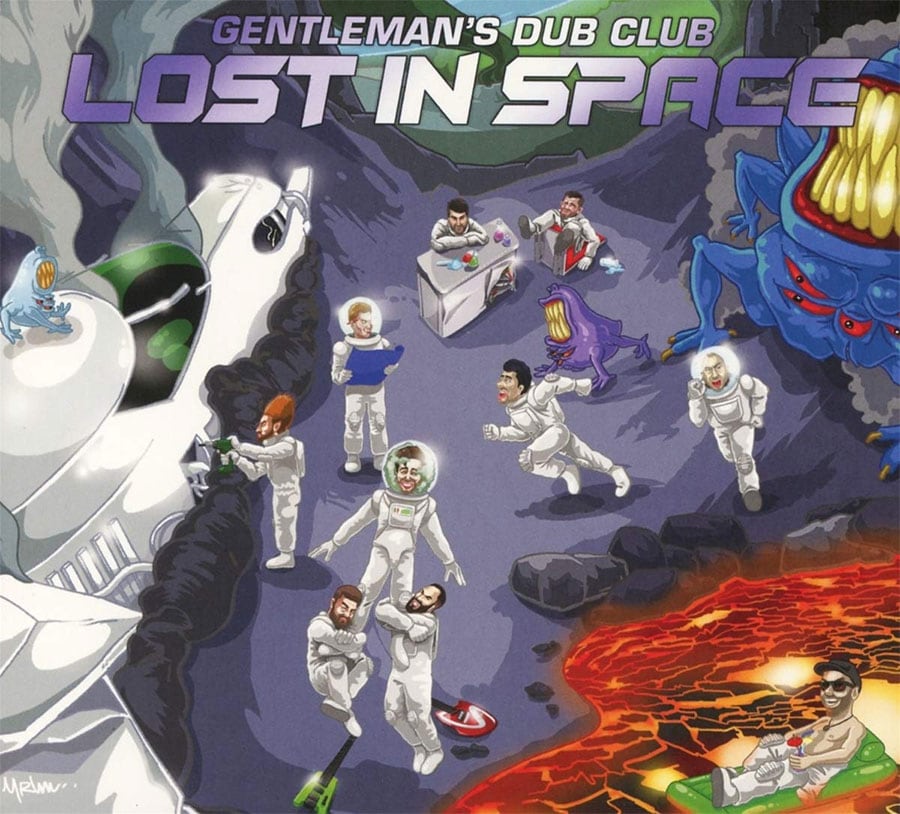 It seems like Gentleman’s Dub Club are releasing an album a year, and that’s a good thing. Their last album Pound for Pound with The Nextmen it had some awesome songs on it, particularly “Rude Boy” and “See You Next Tuesday.” I was interested in hearing more from them after that and Lost In Space doesn’t disappoint.

The London band are great at mixing styles: reggae, dub, ska, dancehall and everything associated with those genres. I first heard about the band with The Big Smoke, which was released in 2015 and been a fan ever since. What stands out for this album and their music in general is Jonathan Scratchley’s vocals and the catchy beats.

Lost in Space starts with an intro before going into awesome bassy “Light The Fuse.” When it gets warmer out, I’ll be sure to blare this track with the car windows down. Their first single “Stardust” is next and is another good tune. Things slow down a bit after that with “Ground Shakin’” and I like that one too. I like it when bands have both fast & slow songs, and the slow aren’t too boring. Hearing all the horns and the overall sound of the band, I really hope Gentleman’s Dub Club decides to play US at some point because I have a feeling they would be an awesome band to see in person.

One of my favorite tracks is the song “Turning Back,” featuring Million Stylez. It’s a bit smooth in the beginning, and then gets heavier with the chorus. Then the horns chime in and Million Stylez does his toasting/singing/rapping. “Ain’t no turning back” will be stuck in my head all day now but in a good way. “Eye of the Storm” is a cool track, and I really like the ska beats towards the end of the track too. Wish the band did more ska to be honest because I think they can do it well.

This is another stellar album from Gentleman’s Dub Club! So many catchy tracks! If you never heard of GDC before, check out the notable tracks first and see if you like them. I think you will!

Bottom Line: Excellent follow-up to Pound For Pound!
Notable Tracks: Light The Fuse, Stardust, Out of this World, Turning Back, Eye of the Storm
Overall Rating: