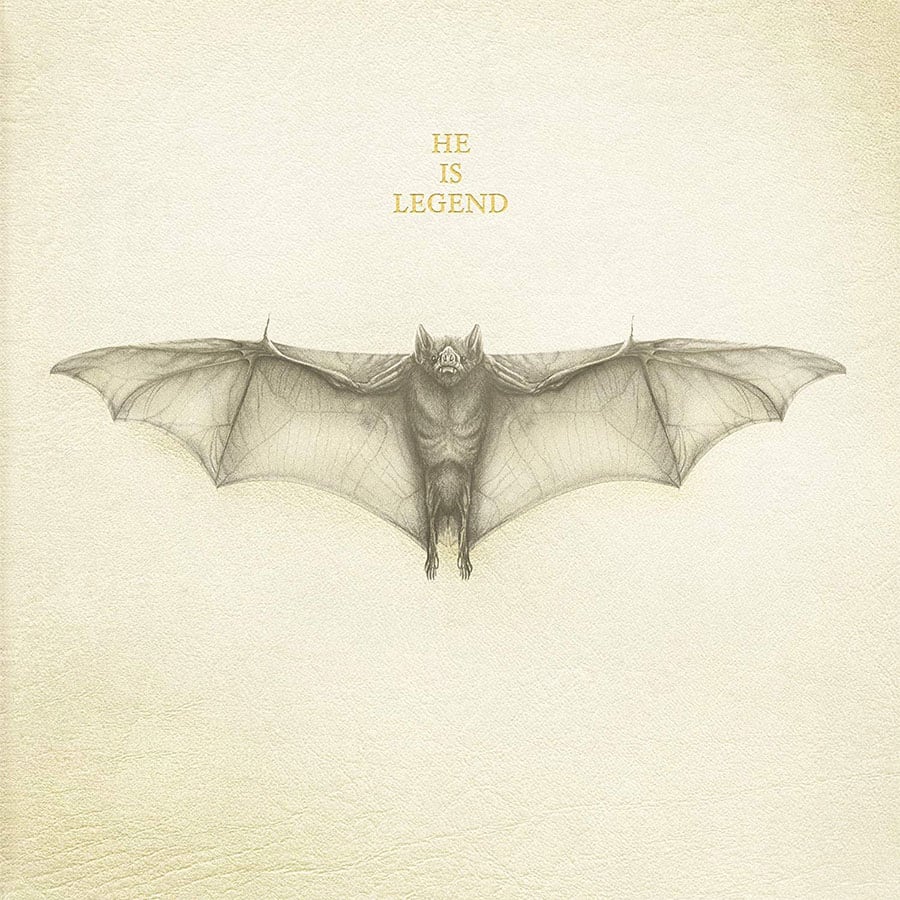 He is Legend return with their 6th full length record White Bat; with a great mix of Heavy rock, metal and sludgy southern charm. Dating back to the 90s, the 4 piece dabbled under various names like The Uriah Omen, before adopting the name He Is Legend from Richard Matheson titled book I am Legend. He released one EP 91025 before signing with Solid State records. Their first release with Solid State was very much an experimental take, fusing metalcore and post hardcore styles with a more artsy take on I Am Hollywood while most other bands worshiped at the altars of In Flames and At The Gates. As somewhat a departure, Suck Out the Poison found the band digging in deeper to its southern roots adding more blues and down-tuned charm. Then came what some would say is their magnum opus It Hates You; and then taking a break while coming back with Heavy Fruit and most recently few. While main stream success has always been slightly out of reach, they’re always one step away from no longer being Hard Rock and Metal’s best kept secret.

This album has a bit of a theme in touch with the band name origins. The title track opens the album with a Pantera meets Every time I die like fever with big bendy intro meats a big back beat verse. The album moves on as if it’s “Party Time” with the track “Burn All Your Rock Records” which lyrically was inspired by a picture on original drummer Steve Bache’s wall when he was growing up. Moving along to “When the Woods Were Young” kind of kicks back a bit to ‘It Hates You’ “Everyone I Know Has Fangs” while setting up for some breathing room to really give the whole band parts to shine throughout individual parts of the song.

“Eye Teeth” kicks in like a barnburner that could have easily fit in on the first or second album, With heavy tempo and a great catchy chorus; my personal favorite from the whole album. “Talking Stalker” inches in like it could be a part of the infamous “China White” series of songs in the disguise of molding into quite the rocker midway into the song, while also showcasing some great guitar work and leads. “Bent” is a great example of how well this band gels together, with some thunderous drumming doubled over some heavy bass and low tuned guitar work. “Resister Resist Her” features a great sung chorus after a soulful build up, really reminding the listener how great and captivating Schuylar is as a vocalist.

“Uncanny Valley” serves as a bit of an intro of sorts to “The Interloper” which opens like “Smoker Scoff” off of few with yet another great build to swell at the end. “Skin So Soft” takes a minute to build but kicks in with some great soul that reminds you why this band still has it after all these years. The album closes with what was the second single “Boogiewoman”, falling into familiar territory previously explored with “Mean Shadows”, “Mushroom River” and “That’s Nasty”. Ending the album on a fade out like this was pretty interesting because it did seem like it could have been followed up with something more epic to close out the album.

Overall, I do see huge steps on this album to kind of refine their already unique sound. However, they could’ve done more to expand on certain elements and maybe made a few longer epic tracks as they had done in the past, but I get them trying to make everything a little more structured and accessible. One can only hope with this great album that people finally catch on to what they’ve been missing out on.