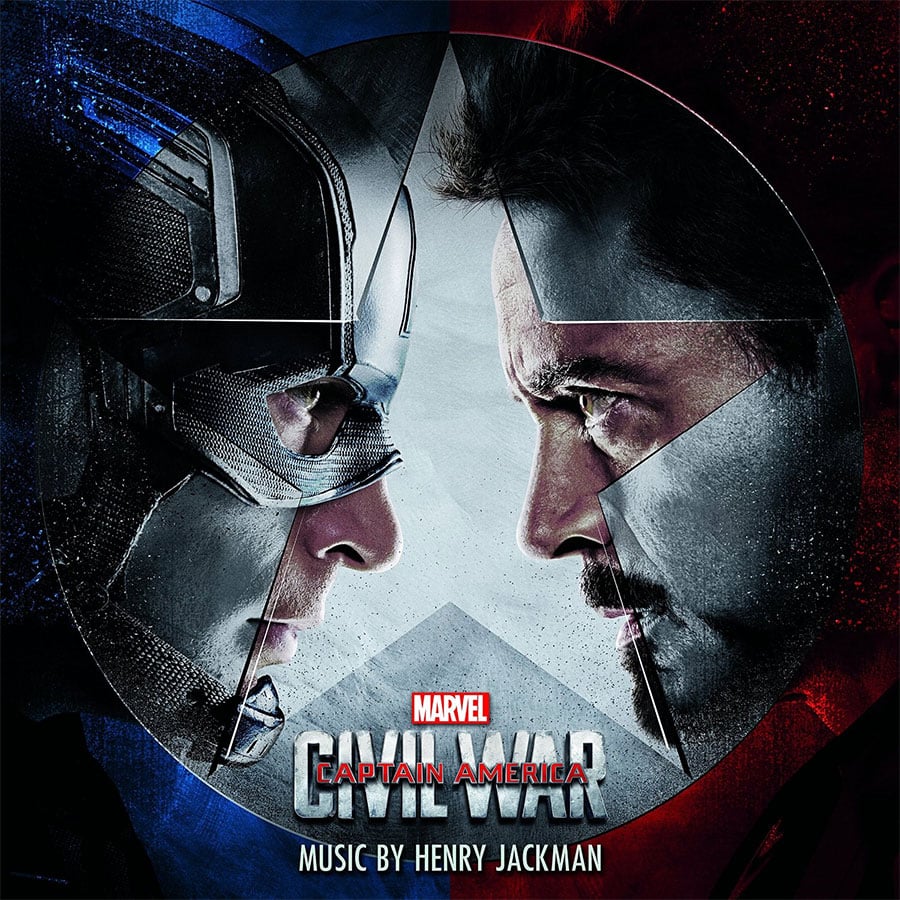 The latest Marvel movie is Captain America: Civil War and it’s getting rave reviews. It seems like it’s going to be one of the best comic book movies ever and I can’t wait to watch it this weekend. Returning to the Captain America franchise is composer Henry Jackman.

Jackman has done a few superhero movies now (this, Captain America: The Winter Soldier, X-Men: First Class) so he knows how to deliver an exciting score. I like pieces from Captain America: The Winter Soldier but the motifs are limited. I guess the same can be said with Civil War. There’s just something missing, that John Williams pizazz if you will. X:Men: First Class had a lot of good themes and one I could remember after seeing the movie too. So why does this movie seem like it’s missing a theme? I think that’s been a main problem with all of the Marvel movies (with the exception of Guardians), not just this one. It’s missing that theme that’s so recognizable that you can hum it right away. Maybe the problem isn’t the composers, but maybe Marvel or the directors themselves? Do they not want a memorable theme for their movies? It’s a comic book movie, it deserves it. With all that said, this is still a good score.

“Siberian Orchestra” starts the score off and it uses pieces of the Avengers theme from Age of Ultron. That makes sense since this movie is picking up where that one left off. Not sure what happened in the track “The Tunnel,” but that was an exciting one to listen to. Things pick up again with “Standoff,” which is an action heavy cue. The action tracks sound the best and based on the music, can’t wait to see the scenes that go along with them. You can tell a lot of stuff is happening in the last half of the album. The music sounds big and intense. If there is a theme (sorry I keep bringing it up), it would probably be pieces of “Larger than Life.” To me, that’s the Captain America theme we’ve heard from this and The Winter Soldier. “Closure” seems like something is definitely sad happening, which will probably make me cry in the theater. Hopefully no one will see me.

While the score is clearly missing that recognizable motif, the score still works on many levels. There’s a lot of exciting tracks and it’s enjoyable to listen to by itself, without seeing the movie.