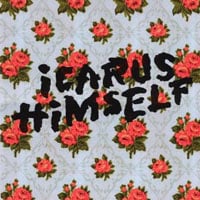 Solo album from Nick Whetro of the eclectic National Beekeepers Society. I was surprised at the flatness of this album – it’s more like acoustic indie-pop than straight-forward singer/songwriter fare, but the execution is dull, especially compared to the NBS output.

There is rarely any musical change within songs and the vocal delivery is carefully slow and steady. It’s nearly unbearable. The lyrics can sometimes be a little surreal but the drawling is such that even songs under two-minutes feel like small eternities. While nothing sounded awful, I can’t see bringing myself to a second listen.

Bottom Line: This Icarus doesn’t even get off the ground.
Notable Tracks: Flatwoods, WV
Overall Rating: