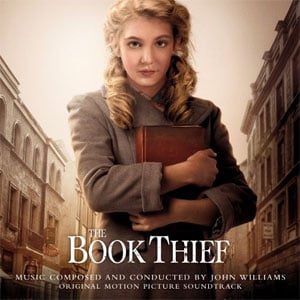 The legendary composer John Williams is back with another film score that will probably get noticed again come awards season. The Book Thief must be the first score from Williams since Memoirs of a Geisha or Harry Potter and the Prisoner of Azkaban that doesn’t include Steven Spielberg or one of the other directors he’s usually involved with. Either way, I’m happy John Williams has new music out.

I haven’t seen the Book Thief but it takes place in Nazi Germany. This isn’t the first time John Williams has composed music set in WWII. I want to see the movie just because I’m always interested in WWII things but having John Williams composing the score peaks my interest even more.

This score is very beautiful and little bit different than the last few scores John Williams has composed. Some of the tracks have a bit of a War Horse vibe to it though. The beginning tracks “One Small Fact,” “the Journey to Himmel Street” and “New Parents and New Home” set the tone. The whole score is subtle, dark but hauntingly beautiful at the same time. The music earlier on is dominated by piano, light wood instruments and some strings. I suppose those tracks are theme of the movie as you hear it again in the final track “The Book Thief.”

This is the type of John Williams score that you can just leave on and get sucked into the music and try to visualize the movie (or book). There are some signature William pieces in this score though like “Snow Fight,” and “Foot Race.” As soon as you hear those, you know you’re listening to a John Williams score. Overall this score does without the typical fanfare and sets the mood perfectly for this drama.