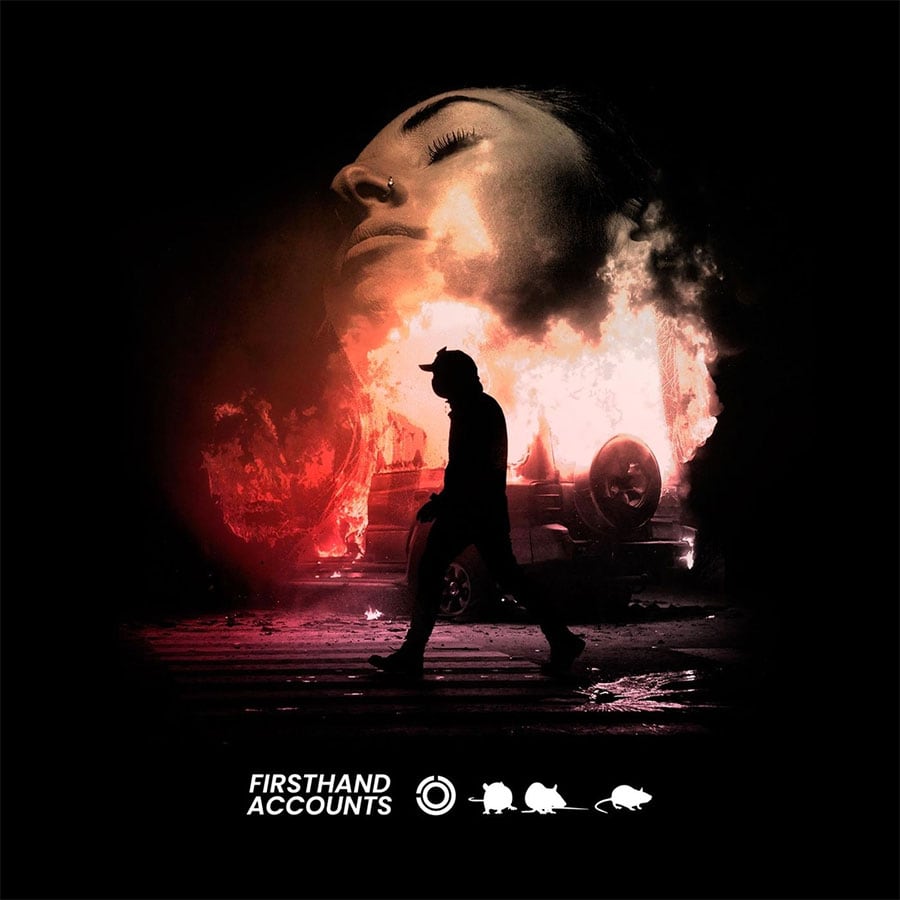 It takes a lot to get attention nowadays especially in an overcrowded market where just about anyone can make an album. But once you’ve made it, how can you reach people? Randomly follow them on social media in the chance the user follows back or clicks to see who it is? I probably get about 5 emails a week for bands looking for reviews, but it wasn’t until this band from Long Island/Albany/Oneonta New York, popped up with a very brief battering ad in my instagram stories.

In a brief clip of 5 seconds, I could’ve skipped right over it onto my next mindless dribble of someone petting a dog, but I needed to check it out. I kept going back to see more and looked up the clip “Bury The Rose” on Youtube. It was like someone rabbit punching your eardrums in a perfect way. Firsthand Accounts takes that next step plunge other bands are seemingly playing it safe from. Not using low tunings as a crutch, they combine a multitude of fretboard prowess and know a fine balance between melody and straight up brutality.

The album opens with “Rebuttal” and already not just the guitars are thick, but the drums are uncharacteristically thick and thuddy as well in a great way, unlike many other modern metal and hardcore releases. This lets you know you’re in for something big. As the CD rolls on, in some selections it recalls bands like Glassjaw, The Safety Fire, Misery Signals, August Burns Red and much more to a very artsy and heavy effect. This melodic touch puts them a step above some of their other contemporaries that have been making a name for themselves using a very limited almost boundary like driven musical palate. Johnny Booth trudges forward above the rest with death blows in songs like “Thief,” “Feast is Over,” “Left Hand Assurance” and much more. Songs like “Pneumonia Knife” and “14 Years Past 80” show the band has a lot more to offer and should prove for much more diversity and direction on future albums. The closing breakdown on “Follower” is so good and refreshing to hear than some overdone chug laden pattern some band already wrote in 2002.

Overall this is a pretty brutal release and it’s great to get this excited over a New York band after all these years. These guys have a great momentum building with this awesome album and I look forward to hearing it more and whatever may come in the future.