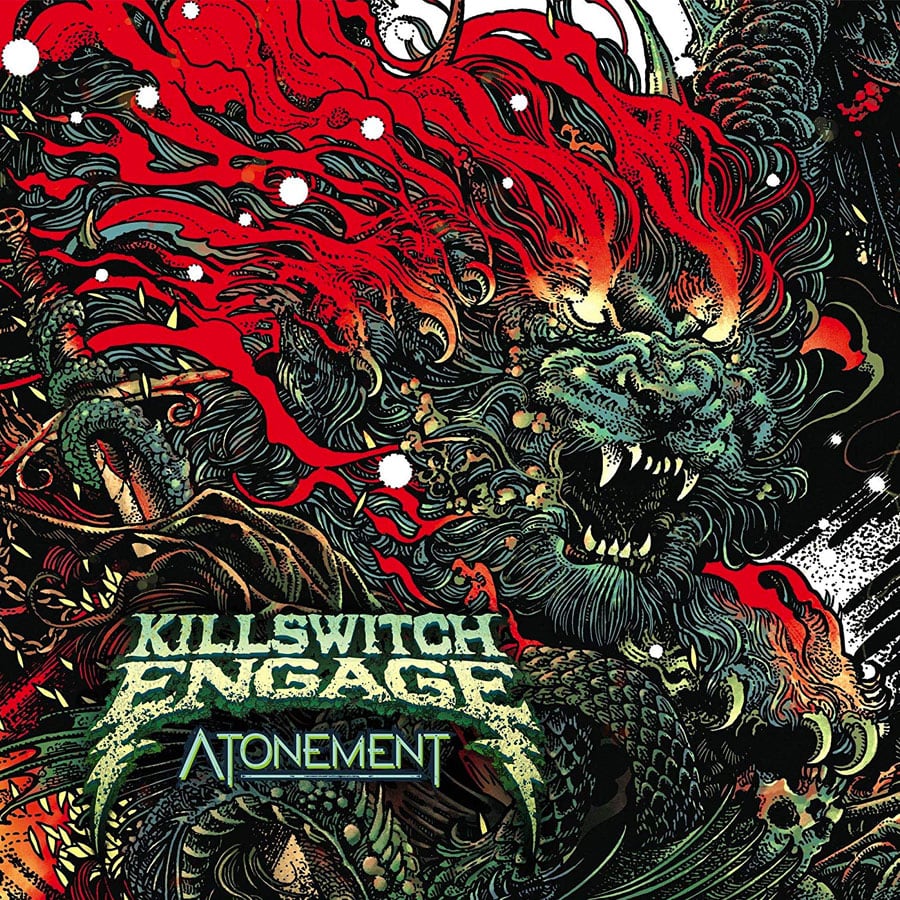 Massachusetts metalcore band Killswitch Engage Unleash their 8th studio album Atonement; their 3rd album since Jesse Leach has come back. A lot can be said for a band this deep in their career. Some bands are just another album out to do the old tour/album cycle than back out to put out another collection of songs together to repeat the cycle over again. It can get tiresome for fans, as these albums are usually lacking in what drew us to the band in the first place. But ‘Atonement’ is something more than just a collection of songs, it’s a statement that holds no fists back and tells you exactly how they feel.

The album opens with a classic sounding Killswitch song “Unleashed” which to me is not the best way to lead off, but if anything it’s something to put fans in a familiar realm. The next song up is a special treat for fans who prefer Howard era Killswitch as Howard Jones; currently of Light The Torch; performs co-lead vocals with Jesse on “The Signal Fire”. This is probably the most lethal track on the album, but a good note to guitar nerds, this song is one of many to be written in D-Standard tuning; which Killswitch had employed in older songs like “In The Unblind” and it sounds really refreshing here as they do quite a few songs in this tuning. I mention this because it brings a unique touch causing Joel and Adam to think differently about their riff placement verses the usual Drop C tuning they’ve used throughout most of their material.

Songs like “Us Against the World,” “I Am Broken Too,” “As Sure as the Sun Will Rise” and “I Can’t Be the Only One” show off that vulnerable side and really provides for much more incite and relatability as to what members of the band have gone through in their personal lives. For the most part outside of those songs, are surprisingly punchy out of the gates. Chuck Billy of Testament guests on “The Crownless King” which among a few other songs on the album have a very thrashy feel.

Overall the album really doesn’t pander to typical fan service outside of the first song. Instead, it surprises fans with a Killswitch Engage they didn’t realize they could get this late in the game, combining a hard hitting approach while at times coming in with a huge amount of heart.

Notable Tracks: The Signal Fire, I Am Broken Too, Bite The Hand That Feeds, Ravenous
Overall Rating: