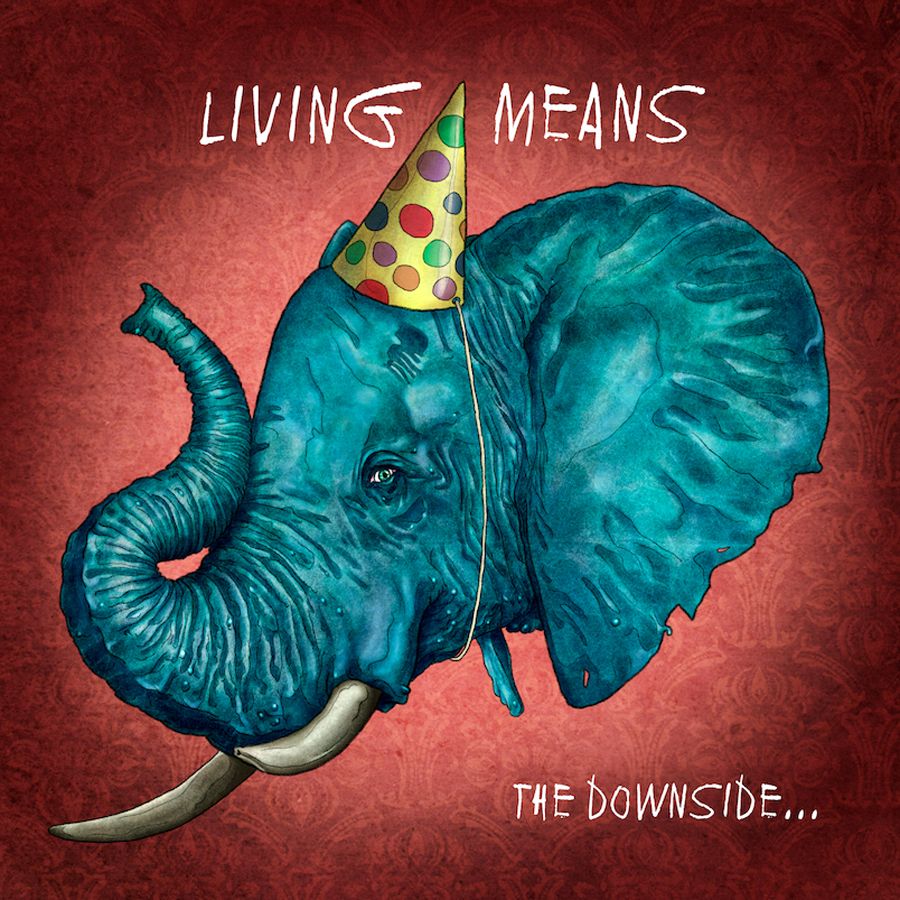 Living Means are a relatively new four-piece from Massachusetts that formed from the ashes of various New England bands. Going full DIY with their first release “The Downside”, a six song EP that the band has self-released, we’re introduced to a unique amalgamation of genres and styles that resides somewhere between Saves the Day and the Butthole Surfers.

Taking cues from the more alternative side of 90s rock and grunge, Living Means mixes those heavy sludgy chords and rising guitar solos of early Smashing Pumpkins, Alice In Chains and the Butthole Surfers with vocals and choruses that are reminiscent of early 2000s emo/punk bands like Saves the Day, AFI and Thrice. It is an interesting combination that one wouldn’t usually think of combining but one that works surprisingly well.

If you’re an open minded fan of music from the 90s and early 00s, then you should give a listen to “The Downside”. There really isn’t any downside to it.