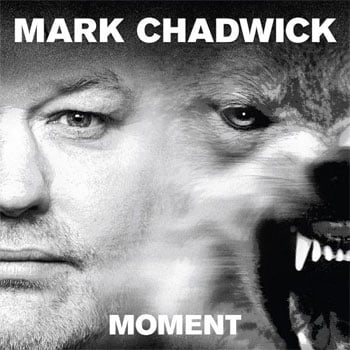 The Levellers frontman Mark Chadwick is back with his second solo album Moment. His first solo album, All The Pieces, was excellent yet different from the folk punk sound of The Levellers. The same can be said for Moment in a way.

Moment even feels slightly different from All The Pieces. It seems more piano-driven and more low-key than the first solo album. It could be the musicians are different, that are backing up Mark this time around but in any event, I like both albums.

The first track off the new album is “Waterfall,” which I think is one of the better songs on the album. Levellers fans will particularly enjoy it since the song has violin playing in it. Based on what Mark has said in videos and interviews, this track is a metaphor for alcohol and the struggle with it. There seems to be a few tracks that are dealing with drinking.

The next few tracks “Red Sky,” “Moment” and “Bullets” are really good too. This album seems to be more complex and personal than anything Mark has done. I can see why he might have waited to do these songs on his own since these aren’t really Levellers type of songs. “Killing Time” stands out musically because there’s more violin in it. I think if it was sped up, it could be a Levs song. Between “Waterfall” and this one, that’s about the only tracks I could see maybe be on the Levellers album. The rest is all Mark and his personal struggles and demons he’s trying to get through on this album.

There’s 10 tracks in all but it feels like it’s only 4 tracks. The album flies by and makes you want to hear more. Mark’s one of my favorite singers so any time he’s singing by himself or with the Levs, I’ll be there listening intently. If you enjoyed his solo material before, you’ll probably enjoy this as well.