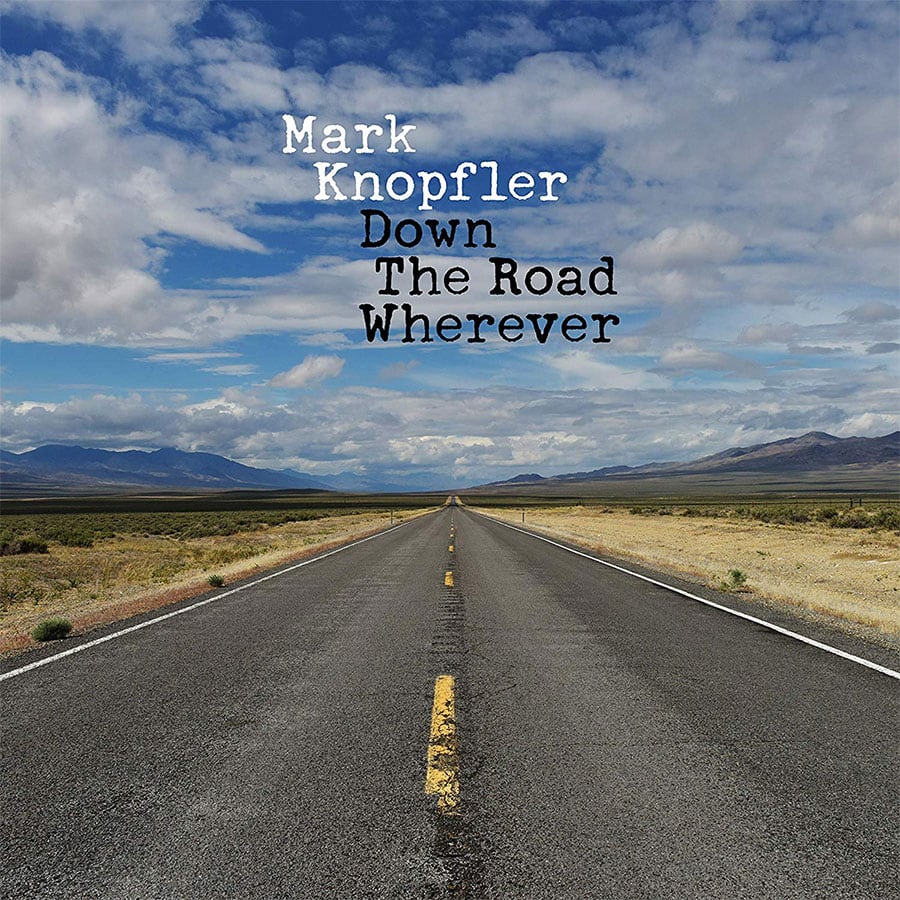 Never one to tire of trying something new, Mark Knopfler is back at it again with “Down the Road Wherever,” his new album of erstwhile travel music and his ninth solo studio album. The former Dire Straits leadman has already announced a new tour for 2019, commencing in August, but for those of us who can’t wait to see him again at center stage, we’ll just have to be patient for the better part of a year.


However, “Down the Road Wherever” provides a rather hefty appetite-whetter, as Knopfler gets the road trip of dreams and broken hopes started off on the elegiac “Trapper Man,” a lackadaisical travelogue through the life of someone perhaps forgotten. This is followed by his current single, “Back on the Dance Floor,” which bears more than a passing hint of some of the best mid-’70s output of Bob Dylan with its rogue’s gallery of characters perhaps seeking to recapture the lost glory of yore.

The motif of the lost children of Earth continues on “Nobody’s Child,” a downtrodden, downtempo paean to a drifter out on “the western plains” whose only companion seems to be trouble.

“Just a Boy” feels like a bit of a stumble, but then Knopfler returns to bluesy, jazzy form with “When You Leave,” which belongs at home in a smoky room of pain straight out of a 1930s gangster film, and is one of the album’s absolute best, what with its moody piano and trumpet mourning in background.

“Good on You Son” feels a bit more of the same-y (to my ears, anyway). And despite its somewhat odd name, “My Bacon Roll” is a definite return to the bluesy form that Knopfler seemed to be going for on the rest of “Down the Road Wherever,” especially with his commanding guitar presence that can’t help but recall to mind his masterpiece, “Brothers in Arms.”

“Nobody Does That” is a funky affair, with Knopfler on desultory vocals providing counterpoint to the party going on behind him. “Drover’s Road” returns to the motif of the travel of the damned, and this is the song to crank up while driving across some of the ghost towns of the American west—and is of a piece with some of the great solo work of Bruce Springsteen on the same subject matter.

“Slow Learner” is another jazzy, downbeat meditation on mistakes made and paths not taken (this is not a criticism), with Knopfler’s haunted baritone hurtingly poetic as he waxes on all that might have been. Incredibly, the maestro changes gears yet again, going into ska and reggae-ville with “Heavy Up,” proving that Knopfler is master of nearly all forms of pop music.

Album closer “Matchstick Men” is another heartbreaker, with Knopfler playing solo on his guitar in a final lost-highway dirge about our wanderer “still with 100 miles to go”—but to where? And to what?

“Down the Road Wherever” shows that Knopfler has lost none of the poet’s heart that has defined his decades of songwriting, be it with Dire Straits or alone. For solo, alone, seems to be where this writer/wanderer seems to live best.