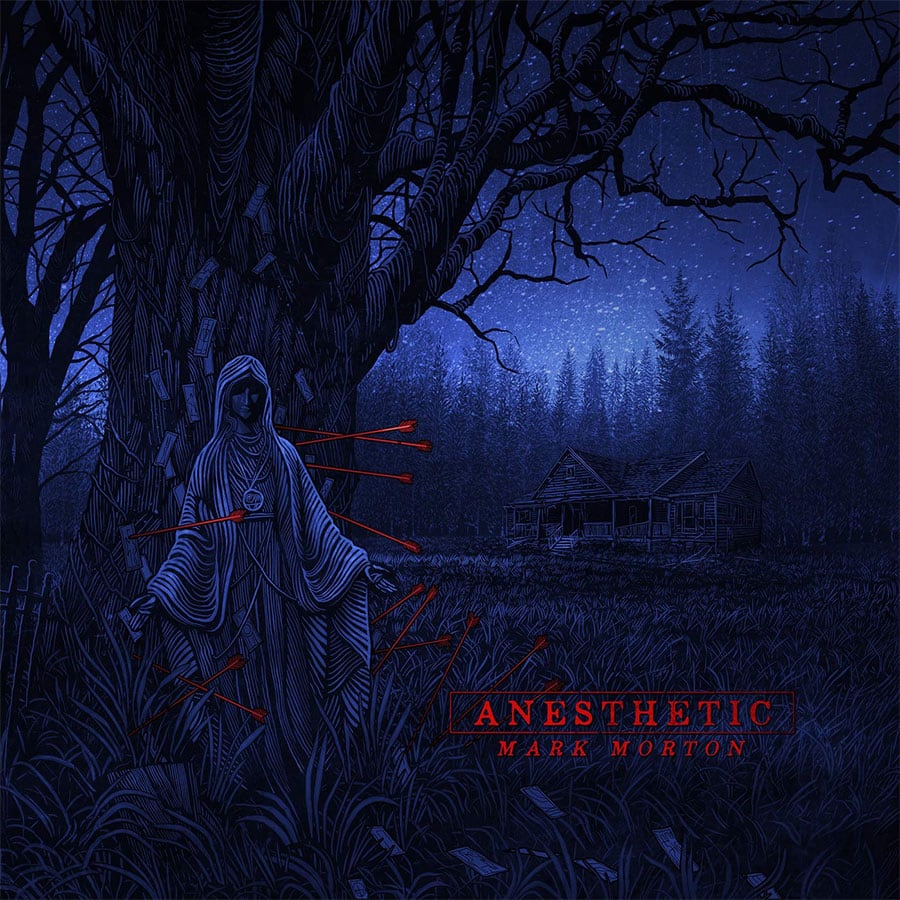 Having been exposed to Lamb of God in 2000, it was clear they were quite the collection of rednecks, and often branded as the next generation’s Slayer. But there was always more to the band, as they’d challenge you with more adventurous songs like “Descending,” “Blacken the Cursed Sun” and “Grace,” most of which were penned by lead guitarist Mark Morton. But when it was announced Mark would be releasing a solo album of his own, most of the fans knew it was going to be a little more adventurous and go outside of then boundaries of Lamb Of God exploring more of his rock, alternative and blues roots.

The first time we heard any kind of inkling that Mark’s outside LOG output would be a little different would be his 2012 project with Dez Fafara of Coal Chamber’s 2 songs under the Born of the Storm moniker. Also, coming off a covers album under the Burn The Priest moniker helps as a bit of a transitional piece to ease you into something different. While expected, yes Mark is the guitarist of Lamb of God, and you’d be foolish if you didn’t think you’d hear anything close to the style he plays there on this; however it’s not more than 3 or so songs on the record, and you are in for a surprise at some of the choices for songs.

The album kicks off with a song that was originally written for Jamey Jasta’s side project, but Jasta slept on it so Mark enlisted Chester Bennington of Linkin Park to sing on it. “Cross Off” almost provides a melody to a Lamb of God styled song I don’t know we’d ever get out of Randy. The key here and throughout the record is that not just Mark, but some of the guest singers as well get to stretch their legs and try something different. While Chester may no longer be with us, initial reaction to the song (which like most of the rest have been floated for a long time prior to the conception of this album) was that Chester and Mike Shinoda played it early on and both were really excited and happy about it. It also serves as a great treat for some of Chester’s fans to hear this to celebrate his musical legacy a bit more.

The album continues with a who’s who of guests assisting Mark on bass and drums as well as vocals. To me the ultimate strength of the record is Mark experimenting outside of that LOG box with more rock/hard rock/alternative styles. To me this is what a solo album should be, and I feel like it pairs very well with efforts like Rex Brown of Pantera’s solo album from a few years back. “Sworn Apart” features Jacoby Shaddix or Papa Roach and features a very different take on riffing with a great melodic chorus. As the record digs deeper, it comes more alive with a track like “Axis” featuring Mark Lanegan of Screaming Trees/Queens of the Stone Age with an excellent laid back more rock driven tune. I’d imagine Mark Morton was pretty happy to have one of his favorite singers on this track. Next up is a blend of a Testament/Lamb of God styled song with Chuck Billy and Jake Oni splitting vocal duties that’s sure to satisfy fans of LOG and Testament combined.

The next few songs dip more on the rock side, and to me really showcase the diversity of the album. Multi talented singer extraordinaire Myles Kennedy guests on a great hard rock track in “Save Defiance” with backing music that really suits Myles perfect, to me this is one of the stronger potential singles off the album. Following up is Mark Morales of Sons of Texas whom also fronted Mark’s touring efforts for this album on “Blur” which has a very Alternative/Rock thing going on, favoring a much less frenzied pace, giving the instruments and vocals a chance to breathe. I’ve noted that this is a great album for Mark to stretch out a bit and try different things and the track with Buckcherry’s Josh Todd comes in with a nice fun sleazy hard rock track in “Back from the Dead”. It’s not all things hard though as the tempo and intensity gets dialed back for a more clean alternative track featuring a great vocalist Naeemah Z. Maddox that is by far one of the most different tracks on the album, and very welcoming. The rock portion of the album closes down with Mark tackling the vocals himself on another Hard Rock track with “Imaginary Days” which sounds really good. After that the album closes out with a more Lamb Of God styled track with Alissa from Arch Enemy and Randy from LOG on what was the first single from the album “The Truth Is Dead”

Overall the album is a very adventurous record, and what a solo album should be, a chance to experiment. While some would say the inclusion of Lamb of God styled songs might come off a bit like a crutch, if anything it gives fans that might be standoffish about approaching the album a little bit of familiarity. After listening to this bit of what Mark has to offer, I wouldn’t mind hearing him stretch his legs outside of Lamb Of God more often.