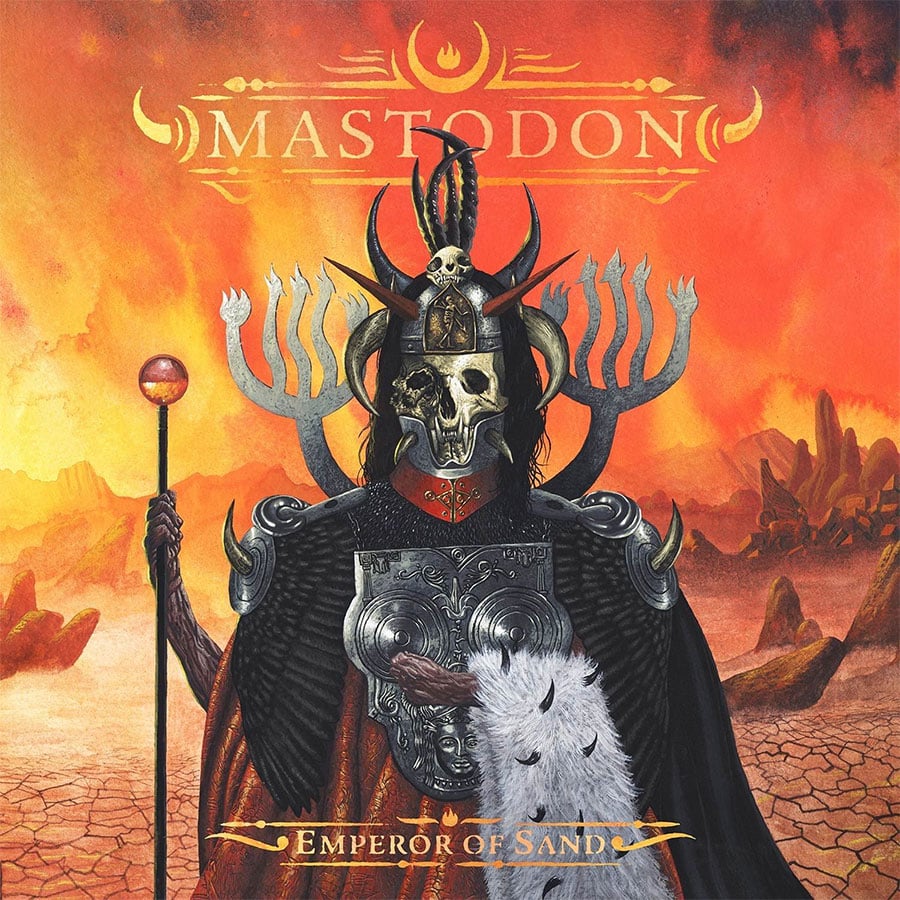 Mastodon returns with their 7th full length album Emperor of Sand. I’ve been following the band since their Remission days and it’s been quite the experience watching them develop to Leviathan to Blood Mountain and on. Crack the Skye marked a really interesting turn for the band as their sound took a turn more towards a progressive side and had a lot more relaxed rock parts. While The Hunter sounded a bit more towards their metal side, Once More ‘Round the Sun had a lot more in common with Soundgarden than the earlier Neurosis influenced sounds on Remission.


This new album seems to be a bit of a mix of sounds and styles from their more recent output of Crack the Skye and on. That being said, it’s not to say there aren’t throwbacks, “Sultan’s Curse” sounds like a chord progression that harkens back to “Blood and Thunder” and “Andromeda” sounds like it could easily fit on Remission or Leviathan.

The instrumental work on this is top notch with Bill and Brent delivering some great riffs and some amazing leads from Brent. The triple vocalist attack sounds a lot more honed here especially on songs like “Roots Remain” and “Ancient Kingdom.” One of the better things of this album is it seems to get better as you make your way through each track, without it being a chore just to make it through the whole thing. There’s definitely moments where the proggy side comes out and surprises the listener like in “Clandestiny” with the chimes, this way they aren’t killing you with the concept.

The album also features long time guest Neurosis’ Scott Kelly collaborating on “Scorpion Breath” who has appeared on every Mastodon album since Leviathan. Also features Kevin Sharp of Brutal Truth on the heavy “Andromeda” and Mike Keneally of Zappa/Satriani/Dethklok/Vai/etc providing some keyboards to the epic closing track “Jaguar God.”

Bottom line: This is a great album from a band that has consistently delivered. It’s been great to watch them evolve from where they were to what they are today, truly one of the top acts of Metal and Hard Rock today.
Notable Tracks: Sultan’s Curse, Steambreather, Roots Remain, Scorpion Breath, and Andromeda
Overall Rating: