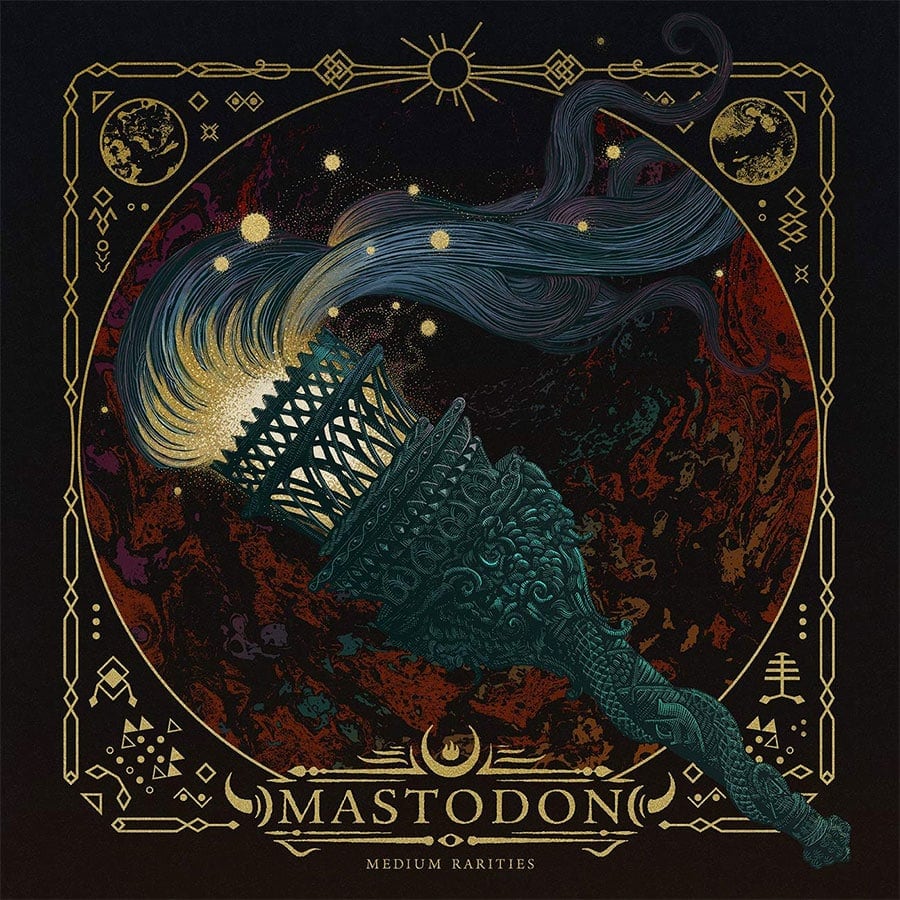 Mastodon return with a collection of one off singles, covers, instrumentals and live tracks with Medium Rarities. This is meant to tide fans over until their next full length album which is set to be released as early as 2021. Giving you something to look forward to the album features one original previously unreleased track in “Fallen Torches.” The song was originally recorded in 2019 and was set to be released ahead of a European tour, but due to the passing of their long time manager Nick John, it was shelved in favor of the tribute cover of “Stairway To Heaven.” The song finds itself dabbling in that old mysticism that garnered Mastodon it’s early fan base, has a very Leviathan/Blood Mountain-esque style. It also features Scott Kelly of Neurosis who in recent interviews the band had stated wouldn’t mind doing an EP or album full of material with.

Let’s talk about the covers. Covers of Feist and Flaming Lips were interesting, worth the band putting their own spin on these seemingly odd choices for covers. It was also pretty good of Brann vocally to incorporate some of Wayne’s original style of delivery into “A Spoonful Weighs a Ton” The Metallica cover for “Orion” fits Mastodon well and remains faithful to the original. You can tell material like that was a chief inspiration for Mastodon as stylistically the instrumentals fit the mystique of their earlier work.

We have the inclusion of some TV and Movie soundtrack work with the Game Of Thrones “White Walker;” to which the band had actually starred as extras on the show! The hilarious “Cut You Up With A Linoleum Knife” from the Aqua Teen Hunger Force movie included here is a great bonus and a track I still listen to regularly. Continuing on with their Adult Swim contributions we have the addition of “Atlanta” featuring Gibby Haynes of the Butthole Surfers; which was originally a released cut from the Adult Swim singles collection. I should note while it’s cool this got included, they probably should also included the other contribution to that series from 2011 “Deathbound.”

Continuing on with the rest of this, the instrumental tracks were a great-added bonus, you can hear all the songs in the pre vocal glory. In ways this is kind of a great way to hear things that maybe you were distracted from, especially with the extra orchestration in “Asleep in the Deep.” The live tracks were also good to hear considering we haven’t gotten a dose of Mastodon live audio in while outside of DVD extras on previous album deluxe editions.

Overall this is a decent collection for any fan looking to fill in some blanks and hear a lot of this all in one spot rather than digging around for all the sporadic appearances. If anything this collection serves as a reminder to how great of a band they are.