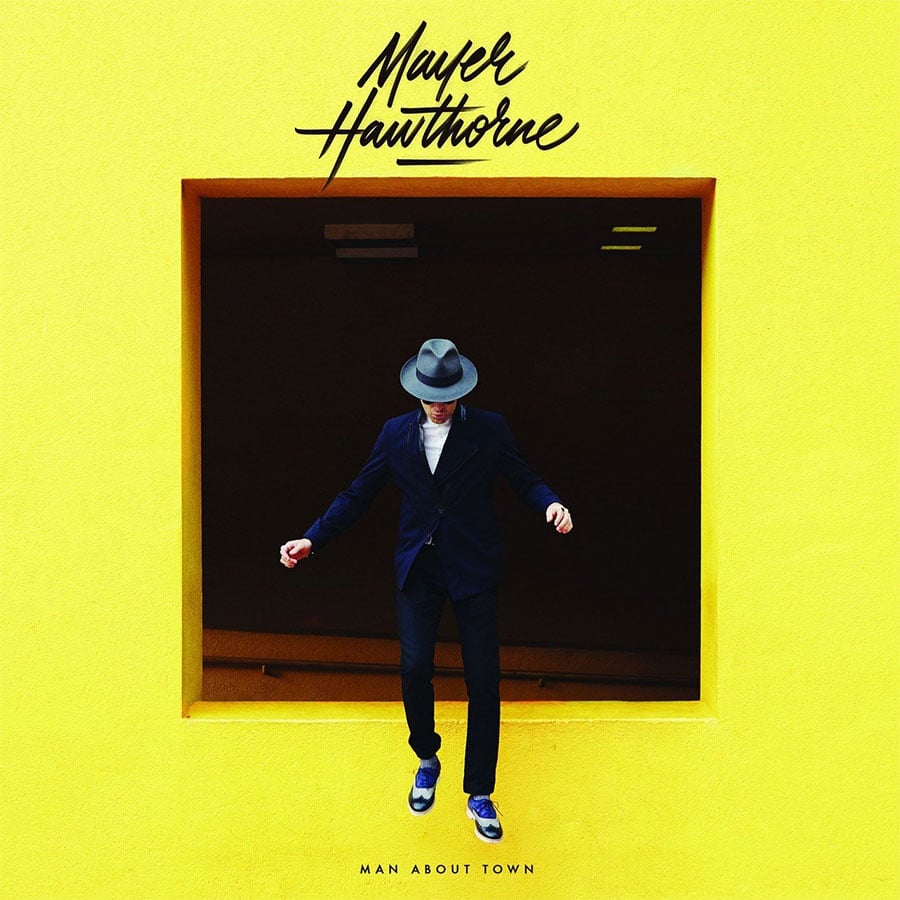 Mayer Hawthorne’s fourth full-length returns to form from earlier albums and he brings back the soul. I didn’t care for Where Does This Door Go because it felt more R&B than his usual soul sound. It was okay but I was expecting something better. Thankfully Man About Town is a return to form and it’s pretty damn good.


The opening track is the title track and it’s just a few verses. Kind of a waste of a track if you ask me but it’s a good transition into the groovy “Cosmic Love.” It’s a song that could pass for something in the 70s. His Hall & Oates influence peaks out with the upbeat “Book of Broken Hearts.” From being a fan of Mayer’s first album to now, I can definitely notice Mayer’s confidence & sound as a singer has matured. It’s not just this raspy vocals singing soul kind of thing anymore. It seems like he’s comfortable to venture into other singing styles and genres. A good example is “Fancy Clothes,” which is a reggae influenced tune. I wouldn’t mind hearing Mayer do a full album of reggae songs. Maybe he can do another side project like he did with Tuxedo.

The first half of the album is solid but what makes this album is the stronger second half. It’s usually the other way around. I already mentioned “Fancy Clothes” but “Lingerie & Candlewax” is a notable track. It could be my favorite behind “Love Like That.” That one is the best songs on the album and is classic Mayer Hawthorne. So catchy! I particularly like the keyboards or whatever that “wonky wonky wonky wonky sound” is. Yes, I know I sound crazy but once you hear the song you’ll know what I’m talking about.

I’m glad Mayer went back to his soul, Hall & Oates kind of sound instead of going further down the slow R&B path. This album has it all: the love-making tracks, the dance tracks, and the tracks that make you want to blare in the car.