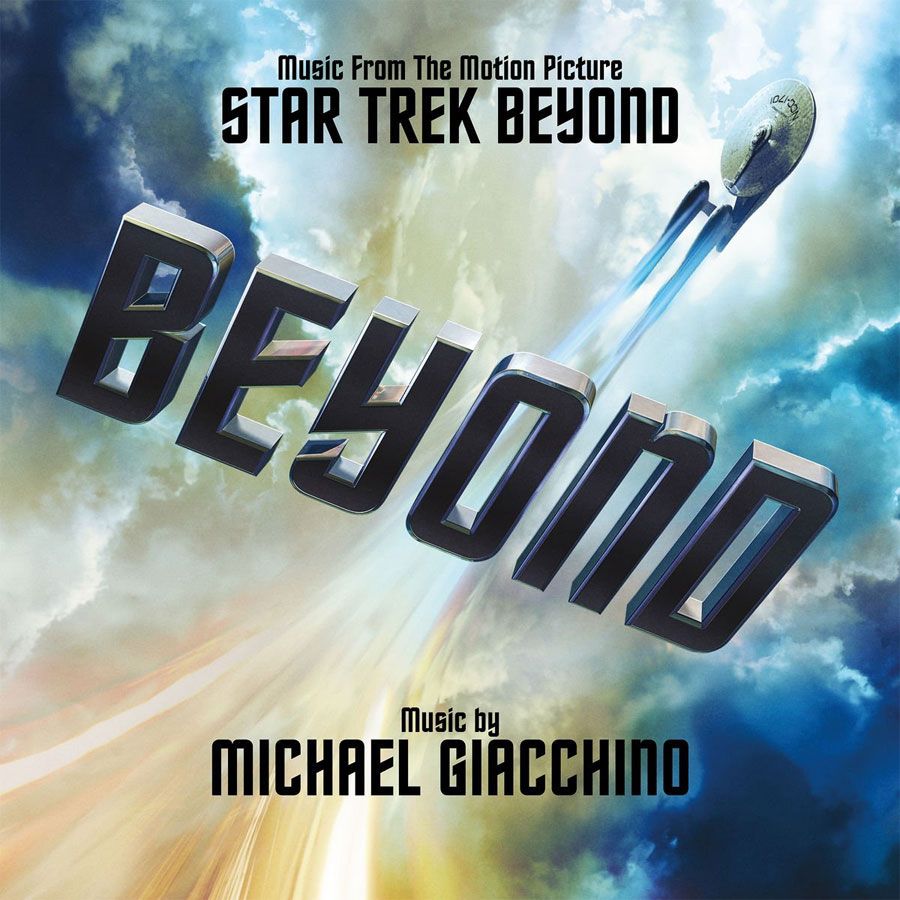 The latest Star Trek movie, Star Trek Beyond has been released with little fanfare it seems. It could be Star Wars has stolen its spotlight again. Maybe it’s that JJ Abrams didn’t direct this one or maybe it’s around the tragic death of actor Anton Yelchin? Not sure what it is, but I decided to see the movie anyway. I enjoyed this movie and thought it was just as fun as the other ones. It still felt like something JJ directed and had the look & feel of it. What helped bring this movie together with the other two was the terrific film score by Michael Giacchino.


Giacchino has composed the other movies and I loved what he did with them. The theme for the new Star Trek movie is recognizable, and has the weight to be memorable for years. At least that’s what I think. Star Trek Beyond is more of the same and that’s fine by me. The album begins with the familiar theme to bring you in. Then the score moves in other directions like the excellent track “Night of The Yorktown.” I remember watching that scene as USS Enterprise enters Yorktown and thinking the music was really good.

Besides the main theme being what it is, the action tracks give the scenes a lot of life. When I think of music by Michael Giacchino, I always think of John Williams. He’s the one composer who’s working today that embodies everything about JW. I also think of Lost when I hear Michael’s score, since that’s where I first heard about him. The overall score is good and worth listening to if you’re a fan of Giacchino and Star Trek. The Yorktown track is a standout, as well as “Mock Jaylah” because it sounds like something from the original TV series. If you’ve seen the movie, you won’t be surprised by the amount of action cues on this score.

Bottom Line: Not as good as his first Star Trek score but still a quality score by Giacchino.
Notable Tracks: Night of the Yorktown, Mock Jaylah, MotorCycles of Relief
Overall Rating: