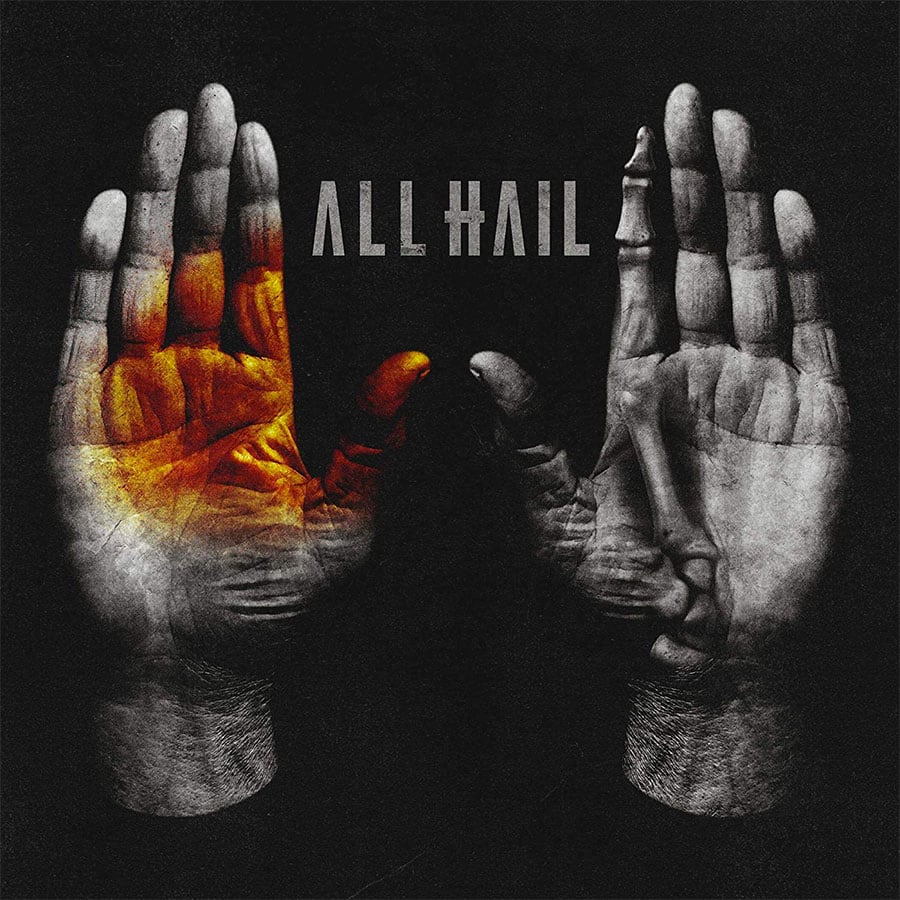 A lot can be said about a band this late into the game, but it is quite miraculous that the years Cory Brandan has kept it going through numerous lineup changes. Through a series of subtractions and additions, the last few albums have not shown any wear or tear on the collective. Engineered and produced by Will Putney, the band’s 8th album All Hail shows the band’s continual metamorphosis; carving their own path.

My introduction to the band came just after the release of their debutBless The Martyr and Kiss the Child on tour with Eighteen Visions. Already down 2 members; you’d never notice because the core of the band at the time still played with an energy I wasn’t seeing in a lot of bands at the time. The band later solidified with Cory taking over band leader with a particularly strong period for the band further defining a very rough around the edges vibe built on the sounds of their earlier experimental influences like Botch, Converge, Coalesce and more. In the late 2000s, they had some original members depart but it wasn’t until 2013’s Wrongdoers that they really had a comeback in ways the downturn and over-saturation of the industry and scene couldn’t suffocate any longer. After that they released Polar Similar which in turn felt like the band’s strongest effort, even more so than their much heralded debut album, it’s very interesting to see how they’d follow something that monumental up.

All Hail makes sure that you know you’re on a different trip than their previous album, all without losing the momentum that made it a good experience. This album seems to be more about drilling deeper into foundations the band had laid previously. You like it low? Well the guitars here hit lower tunings and pitches without giving way to cliché djent sounds. You like it fast? Songs like “Trace Levels of Dystopia” keep up a good slugging pace sure to keep a circle pit spinning. You like it sludgy? Then “(Mind over Mind)” and “Landslide Defeater” have you covered!

Now this could be a simple, laid out album with your pitch drops and alarm clock riffs but it’s not. On songs “/with_errors” and “If [Loss] Then [Leader],” a slower more thought out pace and style that might appeal to a bit of a more welcoming demographic that might not already be on board with the band. Behind the barrage of sludgy guitars lies this very atmospheric, post hardcore influence that adds a better dimension to add some good separation and at times a greater sense of melody in songs like “Anna”, “Translational” and “Careen.” As far as instruments go, even with the vocals, everything sounds very raw, raunchy and real, but presented in an almost cleaned up relic’d presentation; like putting on a clear coat to seal in all the nasty tones.

Overall this is a pretty good record that manages to stand aside from it’s genre clichés in what could have easily fallen into a trap. While it is a bummer parts of the band don’t get to continue on past the recording; it will be interesting to see where they go from here.