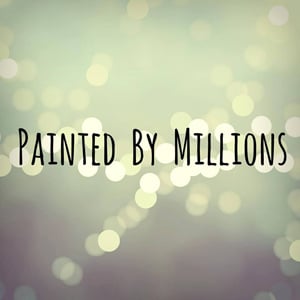 Painted By Millions are a local indie band hailing from my hometown of Johnstown, PA. Their sound is parallel to that of bands such as Ok Go, MGMT or Kings of Leon. After a few years of playing out locally and writing new original material, they’ve managed to set aside some time to record a five song EP on their own dime.

With the recent resurgence of the indie rock scene over the past few years with bands like Mumford & Sons and Vampire Weekend, many young and talented bands have popped up all over the country and with modern technology at their disposal it’s easier for up-and-coming bands to put their best efforts out there for the world to hear. With that said I am extremely impressed with the sound quality and overall polish found on this EP. Everything is crisp and clear, the vocals are powerful, the guitar sounds sharp and the bass lines are booming.

While the EP is obviously short and sweet…it is an EP after all…there is plenty of variety pulled from the band’s obvious influences. Top that off with their own originality and it is quite the listen. Lead singer Johnny Bayush has a very powerful voice that is strong when it needs to be but also has a wide range when need be. The closest comparison off the top of my head would be John Popper of Blues Traveler fame, but with a Tom Petty drawl. The drums are clean and simple and carry along the songs well. Whether it’s something with an offbeat time signature or just a straightforward rock song there is always a strong backbone to the songs. Topping off the rhythm section is one hell of a handsome and talented young man that goes by the name of Robbi Rummell (I’m a little biased since he IS my cousin). All bias aside, the bass sounds great on this EP. I wonder if he had something to do with the recording levels?

The guys in Painted By Millions compliment each other well and having seen them play live on a few occasions, I can honestly say that they have managed to capture some of that live energy on this recording. With that said, let’s talk about the music!

As I mentioned before, there are five songs on this EP and while I’m not quite sure of the exact order if that matters much, I’ll start off in the order that I received them. First up is one of the faster songs on the EP “Kite”. I’m reminded of an Ok Go song with this one. It has a danceable beat and a catchy sing-a-long chorus part. Things slow down with the next song “The Moment Belongs To You” which is probably my favorite song of the bunch. It has a 90’s soft rock feel to it backed by a drumline beat and builds up to a crescendo by the end of the track. “You Don’t Say” is the guitar showcase song of the album with riffs that vary from early jangly Vampire Weekend-esque surf rock guitar parts to some pretty solid solo pieces. While “You Don’t Say” was the guitar showcase song, “Come Along”, another favorite of mine is the bass showcase track. While there are some good guitar parts and one hell of a solo sprinkled in there the bass drives the song to the next level right from the start. The bass intro is wicked slick.

Last but not least is the bands’ first single “How Far” which once again slows things down with a song reminiscent of the Doors. Johnny shines on this song with a strong vocal performance and this is a good choice for a first single.

And with that it’s all said and done. While I’m usually picky when it comes to indie rock nowadays and once again bias aside, I found myself listening to this EP a multitude of times. There is a lot of variety from song to song and, as mentioned before, the sound quality is top notch. Here’s to hoping that Painted By Millions can continue to pursue their musical ambitions and that there are a lot more sonic vibrations to be heard from these fellas.

Bottom Line: With more variety on a five track indie rock EP than I’ve heard on quite a few full indie rock albums, I was very impressed with the first outing from these hometown boys. Fans of Vampire Weekend, Foster the People and MGMT take note.
Notable Tracks: The Moment Belongs To You, Kite, Come Along
Overall Rating: