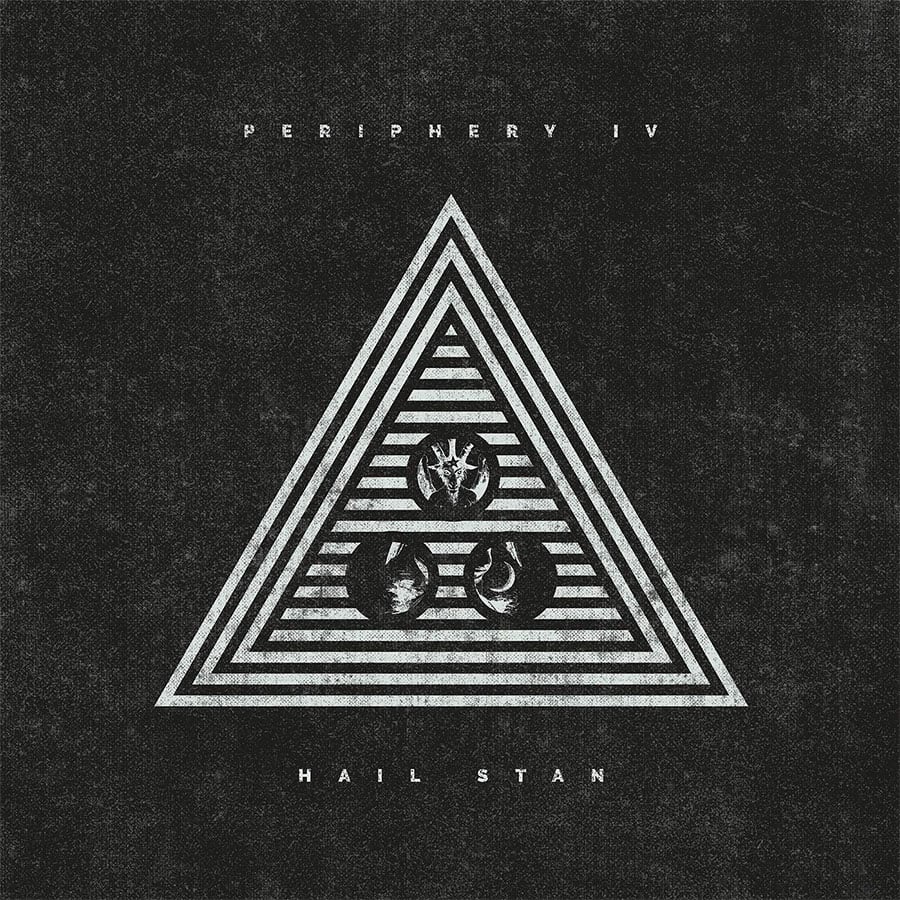 Periphery return with their 6th album Periphery IV: HAIL STAN. While as confusing as to calling it 4 is, the band have unleashed several other numbered albums and EP’s in addition to their double album Alpha/Omega. This time around the band chose to go their own route after years with Sumerian Records, launching their own imprint 3Dot Recordings. This move wasn’t without controversy as Sumerian head Ash Avildsen spoiled the announcement on the Jamey Jasta podcast, criticizing their decision and pointing out the band is “their own worst enemy” when it came to making and playing hits. That being said, the band had a lot to prove with this first effort out of the gates.


A lot of bands have come out in the past 10 years during the initial wave of Djent. While some backed off on the Meshuggah worship, some people never left the bottom string, Periphery is not one of those bands. While the influence of Meshuggah is still there, broader influences like Dream Theater and more melodic and progressive metal and rock take hold here. We can safely say that this far in the band have combined a multitude of these influences to carve out their own signature.

The album opens with a dramatic 15+ minute long song in “Reptile”; heavy in a familiar melody that goes back to the first album vocally. This is interesting because Spencer noted numerous times back early on he wasn’t a fan of some of the vocal ranges hit there. Musically this song flirts with; yet defies structure/convention. “Reptile” is like a slightly more adventurous Opeth song, touching on multiple areas of the bands’ style while exploring unchartered territory. Going from heavy, too melodic, too dramatic and back. Several tracks on the album are tailed with transitional/segue pieces. At times this is cool, but some times sound a little disjointed. It adds unnecessary seconds and minutes onto songs that probably could’ve been separate tracks, doesn’t really flow well into the next song. “Blood Eagle” comes ripping in with the fury of Slipknot meets Meshuggah. It should also be noted that the additional guitar solos on this album are very cool and welcoming. “CHVRCH BVRNER” almost leans to a chaotic side of their Devin Townsend influence, blending in bits of Strapping Young Lad and ‘Deconstruction’ in yet another heavy track.

The album changes tempo a bit with a great song in “Garden in the Bones” which seems to deflect a bit of the criticism from the former label head about not wanting to make “hits”; this is a real catchy number here, still some girth to it, yet a very catchy chorus with some great vocal hooks. “It Only Smiles” follows in with a very happy guitar lick intro and ends in more of a dramatic fashion, this could be a potential single on its own that could translate to a broader audience like “Garden in the Bones.” Jumping ahead, if you were looking for something more pop laden, the synth driven “Crush” comes in with an almost Muse like feel to it; although given its length, its adventurous nature could appeal to a broader audience.

Back on the heavy side “Follow Your Ghost” comes in with a thick more modern Meshuggah wall-crushing riff. We dig back deep to a newer version of Mark’s Haunted Shores project with a retooled version of “Sentient Glow.” While a great song, it doesn’t necessarily fit with the flow of the album, taking you out of it for a bit. The album closes dramatically with “Satellites,” a song that builds and crushes in at the 9-minute mark.

Bottom Line: Overall, I think this is a pretty adventurous album, and a better effort overall than their last one. It just feels a little more focused, and maybe having to prove a point lit a fire under them their previous label couldn’t.
Notable Tracks: Garden In The Bones, Blood Eagle, Sentient Glow
Overall Rating: