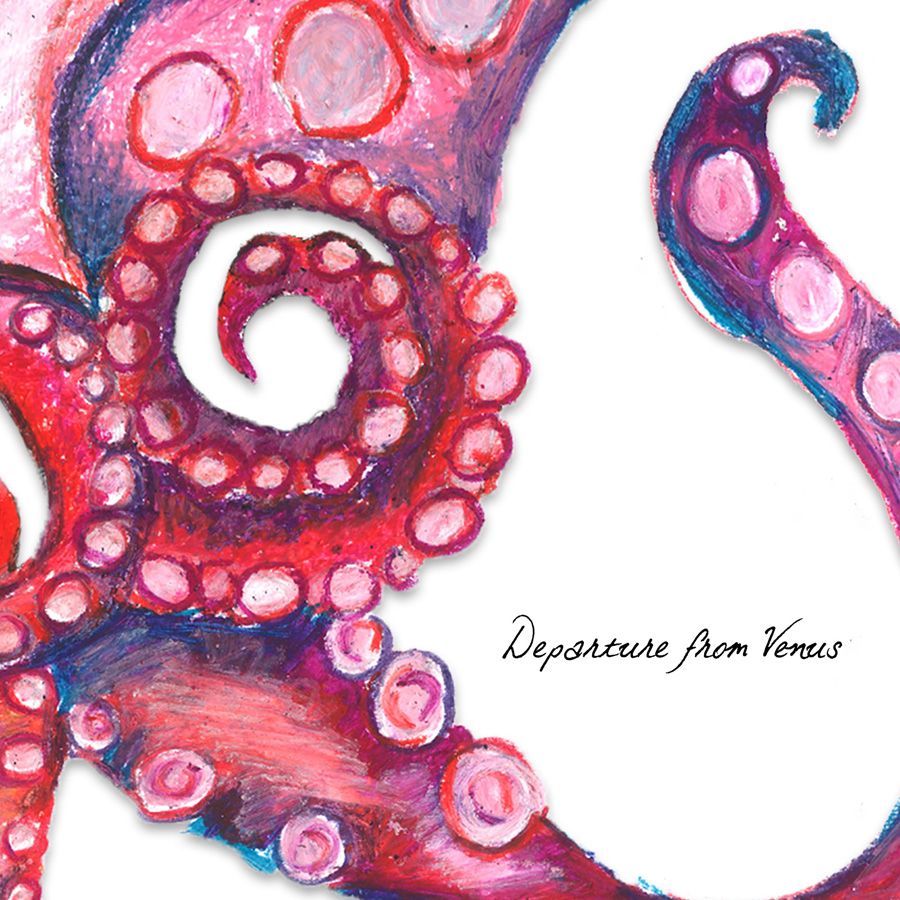 Hailing from the mean streets of New Brunswick, NJ…ROMP blend together punk rock with 90s power pop in a way that sounds fresh but hauntingly familiar.

Right off of the bat with the first song “Backfire” I was reminded of a seminal Kung Fu Records band, circa early 2000s, by the name of Tsunami Bomb but with more of a pop influence. That in turn reminded me of the now-defunct Brooklyn-based pop punk band Stewart.

While the harder sounds of Tsunami Bomb are prevalent and may or may not be an influence to ROMP, what really sets them apart is their pop background. A song like “Come Undone” is a perfect example of their pop influences. There’s a rolling bass part similar to something from “How I Spent My Summer Vacation”-era Bouncing Souls songs, a 90s Weezer-esque breakdown in the middle as well as some faster punk ala Tsunami Bomb sprinkled throughout. All of that is held together by some great pop vocals and melodies from lead singer Madison Klarer.

“Departure From Venus” manages to surprise you with each of the nine tracks that it contains. It’s not a rock album, or a punk album or just another pop punk album. There’s a great mix of various influences that come together to form something fun, fresh and extremely listenable while on repeat. Overall, it sounds like a band that gets together and enjoys having fun playing music.

Bottom Line: ROMP manages to breathe a breath of fresh air into the pop punk scene by simply playing what they like and want to play. “Departure From Venus” isn’t your run-of-the-mill pop punk album. It demands to be listened to. Head bobbing is optional.
Notable Tracks: Get Off The Scale, Backfire, Come Undone, Yapshutter, Avoiding Boys
Overall Rating: