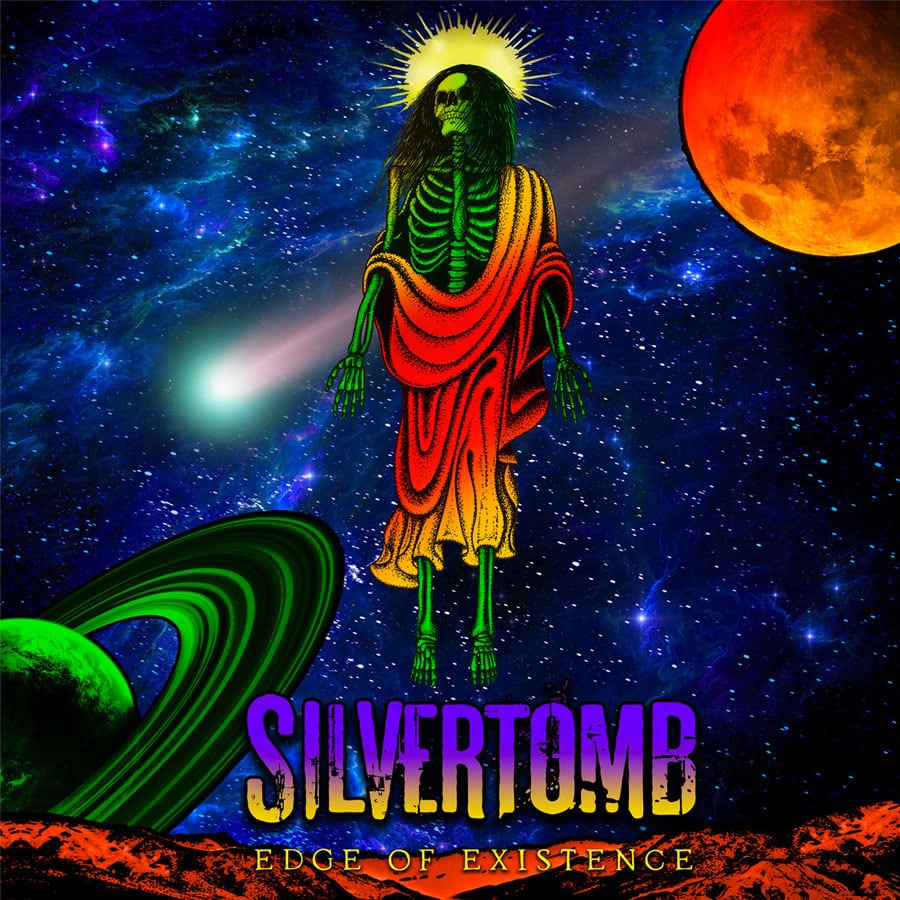 Silvertomb is a new band featuring ex-members of Type O Negative Kenny Hickey and Johnny Kelly amongst others.


This is of course not to be confused with their older project Seventh Void; this one has more of a hard rock feel steeped in its influences. But while some might get excited over ex-members of Type O releasing new music, people might not know that Type O Negative was Peter Steele’s vision, with very little input from the others. Silvertomb is very much Kenny’s vision as he’s credited for writing all the music. That being said, we’re treated here to a host of sounds, some of which we got a taste of in Seventh Void. When listening, I was reminded a bit at how much of a genre shocked Rex Brown formerly of Pantera’s first solo album was, and Edge of Existence here isn’t much different. You’ll be treated to a mix of sounds, whether it be Soundgarden, Black Sabbath, Pink Floyd, Led Zepplin, or even at times a dash of Type O Negative.

The album opens with the Chris Cornell/Pink Floyd styled “Insomnia” which ends with a transitional track “Sunrise.” After that, the single “Love You Without No Lies” kicks in as one of the heavier tracks on the album, delving deep into the Sabbath and Soundgarden influences. “So True” shows a myriad of changes including more heavy stuff with brief moments of Type O’s more melodic moments and vocal passages in the almost stand alone chorus section. The Sabbath/Type O thing continues with “Not Your Savior” and “One Of You” and “Right of Passage / Crossing Over” which features a great guitar solo on the outro.

I’d be remised if I didn’t mention a few of the albums flaws. The vocals can be a bit chaotic and unintentionally out of focus. While Chris Cornell is obviously a big influence on Kenny, we could have used with a bit less random yelling, while some parts may be pitch corrected, Kenny did say on his Jasta Podcast appearance that he did not double track his vocals. Listening here, it probably wouldn’t have been a bad idea to have a little vocal coaching/producer input as to what he should go for in which spaces. Lyrically there are portions that are great and then there’s portions that could’ve used a little less repetition on specific words as the point had already been made. But given that this album is a bit of Kenny’s own purging and sonic therapy, it makes sense to drive the point home when singing about personal issues of addiction, love and him dealing with the untimely passing of Type O front man Peter Steele.

The only other times on the album that could’ve used a bit more improvement are the transitional tracks. The come off a bit disjointed here, and don’t necessarily flow as proper segues, but at times come across more like unfinished ideas. “Sleeping on Nails and Wine” seems to just come out of nowhere sounding like somewhat of a mixed up bedtime lullaby. The album closes out on “Waiting” which is an unexpected gem to close out the album, almost sounding like a lost grunge hit from the 90s, and one of the better tracks on this effort.

Overall it’s great to finally have Kenny and company back out there. Although, a little hope that future releases have a bit more focus wouldn’t hurt too much. This has the potential to really reaching some fans that maybe we ‘rent into Type O’s dreary sound, at the same time, provides an additional outlet for those still mourning that’s bands legacy.