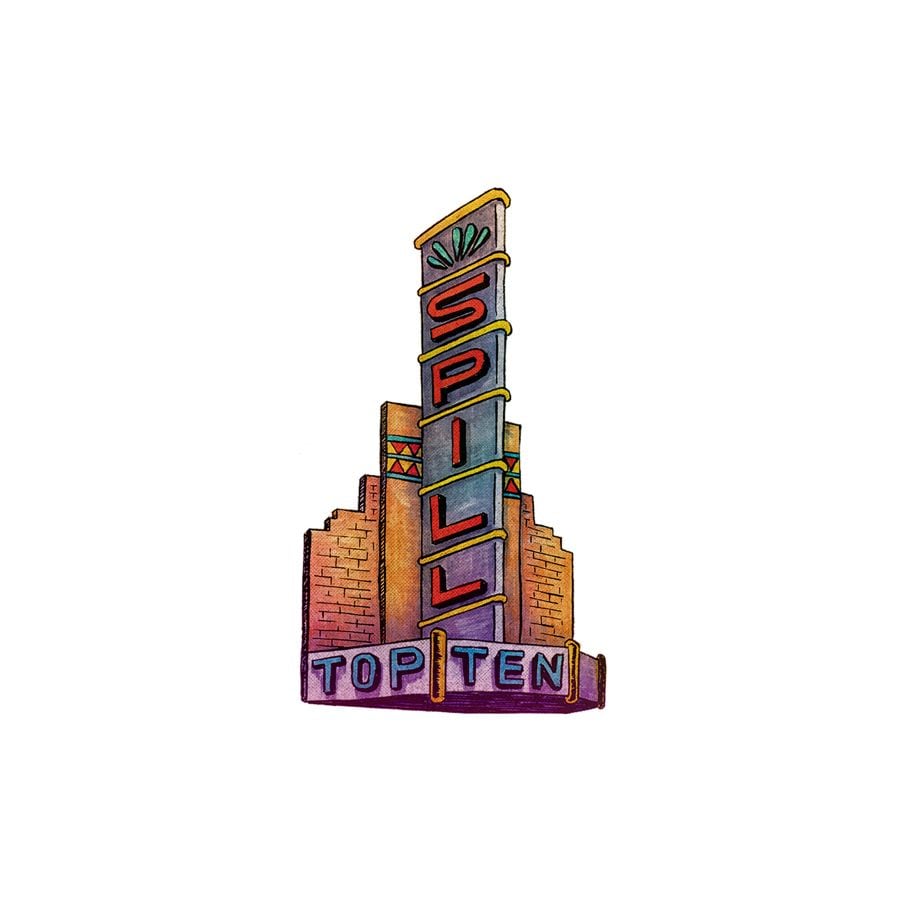 “Top Ten” is an album that sounds somewhat like Weezer in the 90s (you know…when they were good) and early Flaming Lips (before they went on an extended acid trip in which they never returned) mixed with some 90s alterative fuzz rock.

Spill manage to combine varied influences into a unique sound. Layered over top of the vocals is a distorted guitar and bass sound mixed in with a jangly guitar noise effect that gives the songs a dirty, basement band sound but is complimented by the strong vocal work that doesn’t get lost in the grime.

With “Top Ten” I was reminded of the heyday of rock/alternative music in the early/mid 90s. I wouldn’t label Spill a grunge band but the sound and influences are definitely there. “Top Ten” is nothing more than one hell of a solid debut rock album.

Bottom Line: You’ll find elements of punk, pop and grunge throughout, but at its core, “Top Ten” is a hard rock album that needs to be played at a high volume on repeat. I would like to have heard more than ten songs but those ten songs are a strong sampling of what Spill has to offer in the future.
Notable Tracks: Can’t Keep Cool, So Bright, All Right
Overall Rating: