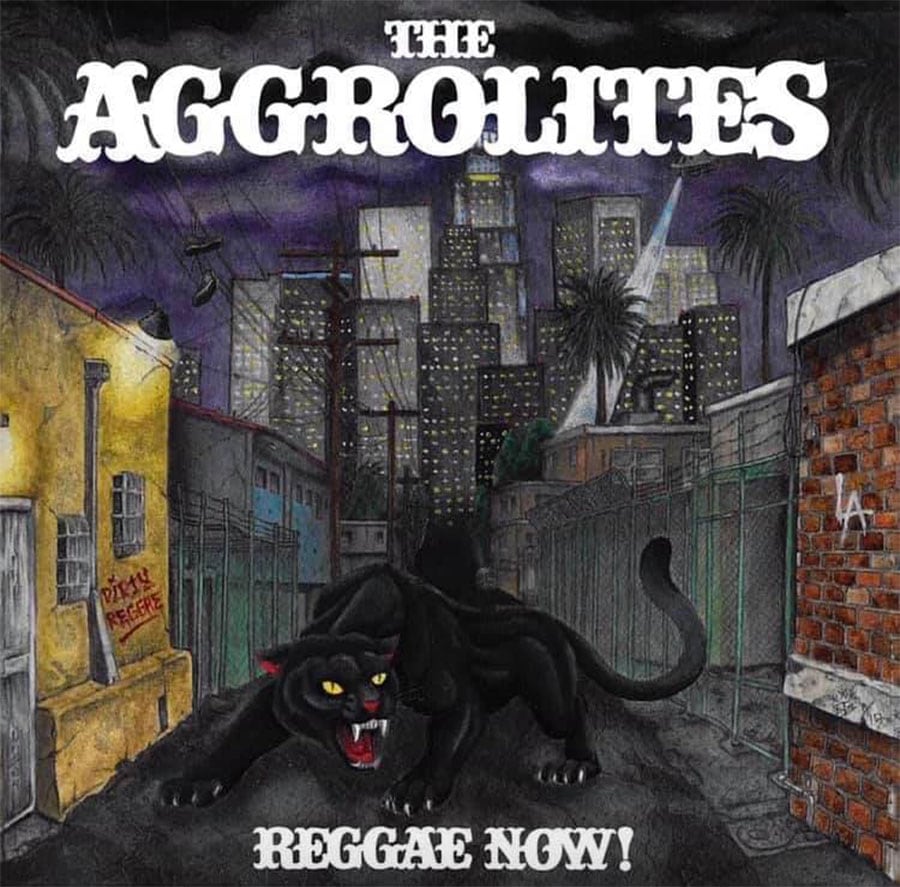 It’s been 8 years since the last full-length from The Aggrolites and they are finally out with a new one called Reggae Now! Their first release on Pirates Press Records. Not sure why the delay on a new full-length but happy the band is back with their dirty reggae / aggro sound.

Jesse Wagner has been keeping busy in the meantime, doing side projects with Vic of the Slackers and other solo projects. Organist Roger Rivas has been doing his own thing as well. I’m still waiting on a straight-up solo album from Jesse myself. With Reggae Now, it blends in perfectly with Rugged Road and IV. I wasn’t much a fan of Rugged Road because it felt mostly instrumental besides 2 tracks or so. Reggae Now is more up my alley. There are some instrumentals on the album but it’s not the entire thing. I don’t mind a few but prefer Jesse singing on the tracks.

The first track on the album is “Pound for Pound” and it’s got that signature, aggressive, reggae sound that I love from the band. The soulfulness of Jesse’s voice shines in tracks “Say or Do” and “Love Me Tonight.” I find myself listening to “Say or Do” a lot, but I guess it depends on what mood i’m in. What I love about the Aggrolites has always been the old-school, vintage sound they produce. Finding that perfect blend of reggae and soul. If you just put this on and didn’t tell me who it was or when, I would have thought it was something in the 60s or 70s.

A lot of the tunes are funky, have that rocksteady, dub, DJ style using dialogue and heavy keyboards. “Groove Them Move Them” and “Aggro Reggae Party” are two other tracks that really stand out to me. Danceable reggae tunes that fans will appreciate it. I have to listen to the album more but I really enjoyed Reggae Now. It’s got that Jackie Mittoo meets Rocksteady sound that I’ve come to love from The Aggrolites. There’s 14 tracks in total, mixing instrumental tracks with the singing ones. Something for everybody. Reggae Now will make for a perfect album to blare in the car, as you’re driving by people trying to impress them with your musical tastes.

Bottom Line: 8 years since the last full-length, hopefully it doesn’t take as long for the next album!
Notable Tracks: Pound For Pound, Groove Them Move Them, Say or Do, Love Me Tonight, People Win, Aggro Reggae Party
Overall Rating: