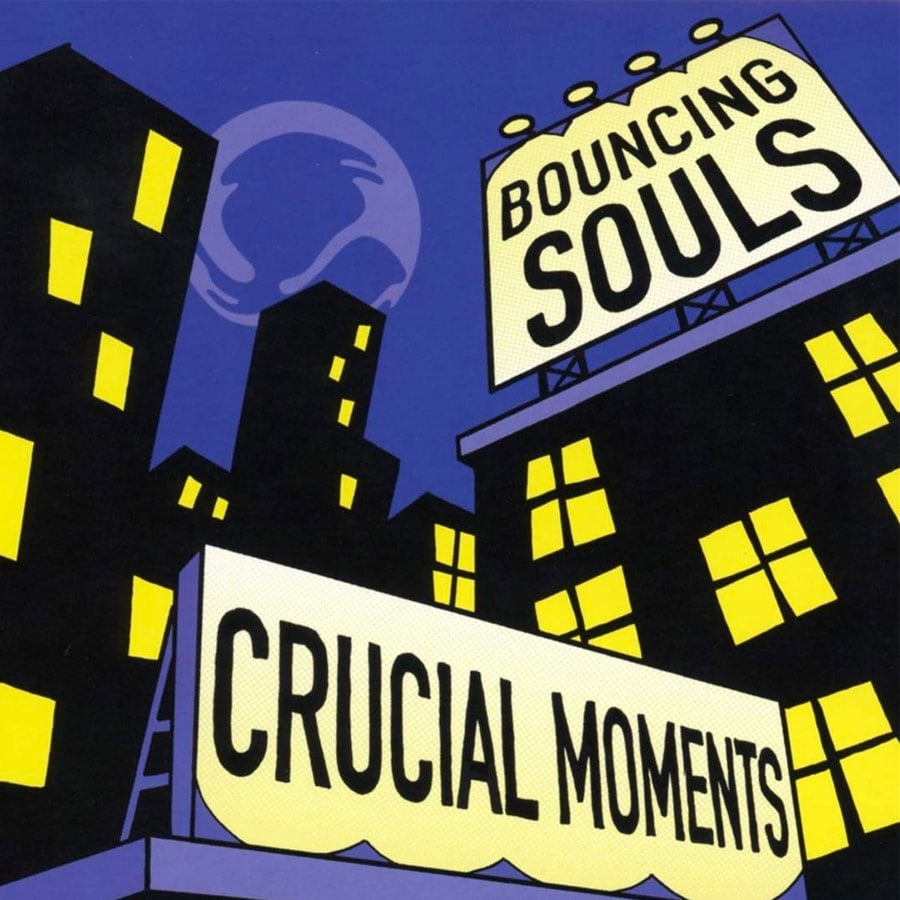 Better late than never is what my motto should be when reviewing albums. The Bouncing Souls released their latest album, an EP called Crucial Moments back in March to celebrate 30 years. The EP also had a book that came with the release, and yours truly had a photo in there as well. There’s only 6 songs but man, they really make you want more!


I’ll admit I haven’t been liking much from the band’s last few releases but I think the Souls has returned to form with Crucial Moments. Not sure why I feel that way but something about these 6 songs that makes me like them more than songs from Simplicity and Comet. The title track “Crucial Moments” feels like a track from their 90s albums and that’s a good thing. The same can be said for the second song “1989.” My favorite song from the EP is “Favorite Everything,” mainly because it’s got the catchiest chorus. The rest of the EP has a mixture of slower (“Home”) and faster (“Here’s to Us, “4th Avenue Sunrise”) tunes. “Home” kind of reminds me of an 80’s rock tune for some reason. I have no issue with that, it just reminds me of something from the 80s.

The book is pretty good because it’s not just a photo book of the band from their 30 years of existence. There’s excerpts on certain photos, or memories from that certain tour or photo. Nothing from the band itself, but from fans and friends of the band. You have guest excerpts from Benny from Gaslight Anthem, James from Dropkick Murphys, Jim Testa of Jersey Beat, Johnny X, Dave from Lifetime, Joe Sib, Dave Hause, Kevin Lyman and loads of other people. I particularly loved seeing the old flyers and album artworks sketches. Fans of the band will definitely want to check this one out if they haven’t already.

The album itself is a return to form to the era of Bouncing Souls I really liked. Not sure what they did differently but keep doing it. The songs are more aggressive, and I guess just more memorable to me.

Bottom Line: The Souls are back with their best material in awhile!
Notable Tracks: Crucial Moments, 1989, Favorite Everything
Overall Rating: