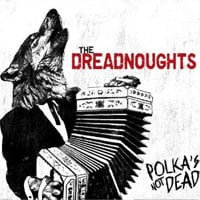 I always joked that I wanted to start a polka punk band because no one did it. Well I guess I can’t say that anymore. The Dreadnoughts are from Vancouver, Canada and play polka punk. Well it’s more like pirate/gypsy punk than anything. So maybe I can still start a polka punk band? The band has opened for the Real McKenzies a bunch of times and built up their fanbase across the country over the years. Their new album “Polka’s Not Dead” on Stomp Records could be an album I end up listening to for a long time!

“Cider Road” begins the album and it’s an excellent song to start the album off with. I love the mandolin playing in that track and gives their music a bit of an Eastern Europe flavor. The title track “Polka’s Not Dead” would probably make Polka King Jimmy Sturr spit out his drink but it’s a cleverly done track that will be (or already is) a crowd favorite. I can just picture kids with liberty spikes arm to arm dancing around to that song.

The next few tracks showcase the band’s ability to play sea shanties, pirate songs and anything related to that. I guess you can lump these guys into the Celtic punks as well since many of them have a similar style to the Dreadnoughts. The first half of the album is stronger than the second half but that’s okay. Not like the songs are bad or anything, but just the first half has better songs.

The production for this album is excellent and really brings out the band’s energy and style. You can clearly hear the accordions or mandolins. There are 13 tracks in all, some are instrumental but most aren’t. I think once you hear some songs from this band, you will either love or hate this. 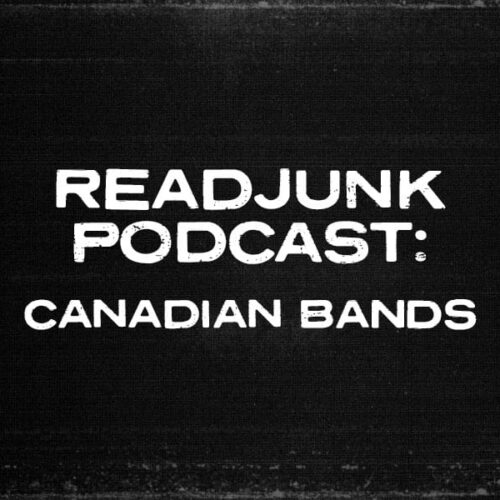