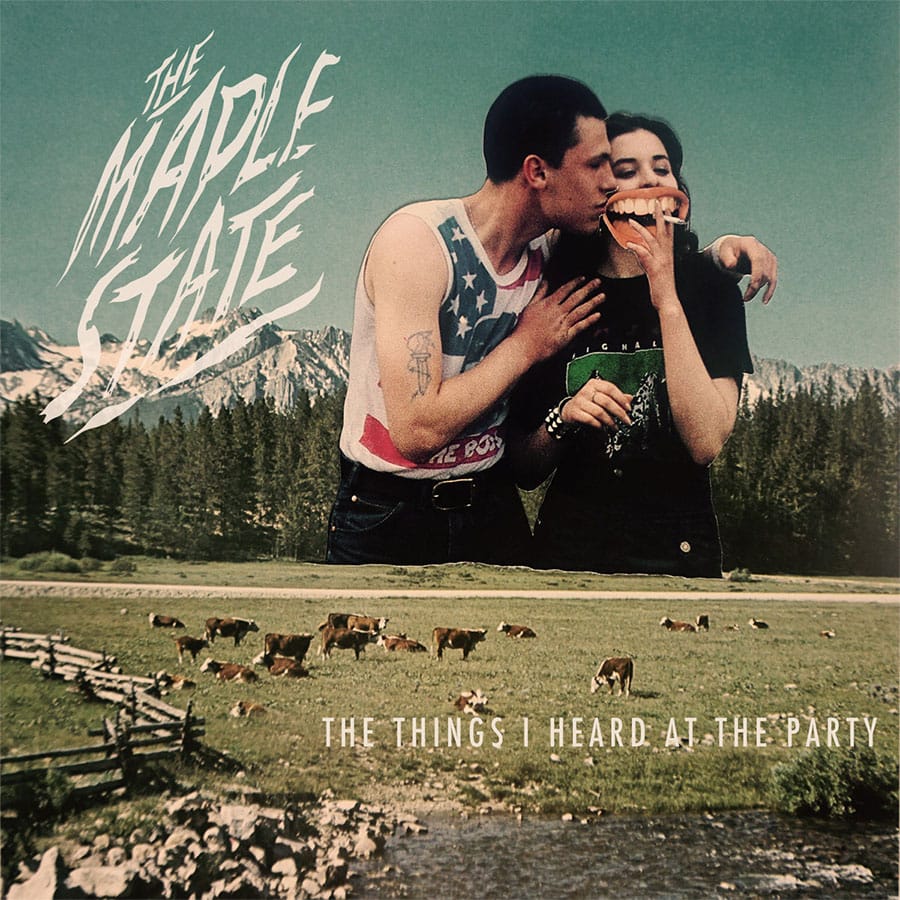 Manchester’s The Maple State are back with a brand new album that will make old and new fans happy. I’ve never heard or listened to The Maple State before but their new album The Things I Heard At The Party has made me into a fan!

The band released a few albums in the early to mid 00s; their last album was in 2008 with Say, Scientist. I guess they are influenced by a bunch of bands from that era like The Get Up Kids but to pigeonhole them to just that genre wouldn’t do the band justice. From hearing glimpses of their previous material, their sound has grown into something better. Plus, the production of their newest release is top notch and honestly, it’s their best album.

Maple State have an alternative rock, Americana, folk punk, indie type of style. I guess if you put all those styles in a blender, you have Maple State. The opening track and title track “The Things I Heard At The Party” reminds me of Frank Turner, minus the shouting. The Courteeners comes to mind as well when listening these guys. The vocals are excellent and distinctive. I’m loving the guitar on many of tracks. It’s got that shoegaze/dream pop echo effect that I’ve been enjoying on many albums like on Chain Wallet’s debut album. The guitar work is most prominent on one of their singles “Winner.” It’s an amazing song with a catchy chorus but the real star is the motif that the guitar is playing.

There’s a few different styles on the album but songs like “Something in the Water” and “Winner” is something they should stick to more. That’s not to say the rest of the album isn’t good, it’s just those songs are the standouts and I prefer that style. “Deadline” is an interesting song because it’s mostly a talkative, rhyming song with a good chorus. I can see myself listening to this one a lot as well. Sort of a Billy Bragg kind of song. The last song “The Motorbike and The Closest Of” is a similar one, and a perfect song to end the album.

The album contains only 10 tracks but there’s a lot of awesome stuff on here. A few different styles but all of them good. The band’s earlier sound is a bit on the emo side but I’m glad to see they have matured their sound into something different. This is definitely one of my favorites of the year so far!

Bottom Line: For fans of The Courteeners, The Shins and Chain Wallet
Notable Tracks: The Things I Heard At The Party, Something In the Water, Cold Theatre II, Winner, Deadline
Overall Rating:

album review, Far Out Records, indie, rock, The Maple State, The Things I Heard At The Party