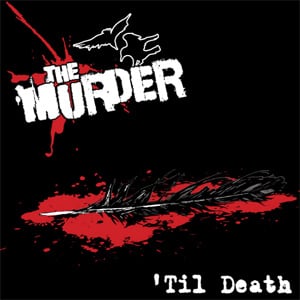 Add the Murder to the long list of kickass bands from Boston. Their sophomore effort is a great mix of sing-a-long street punk, reggae and anarcho ska punk. For six songs there’s an awful lot going on with “’Til Death”, but the more the merrier.

With the first three tracks (“Streets of Boston”, “Better Watch Out” and “Six Strings”) you get some hardcore street punk with some good guitar solos and ultrafast and quite amazing drumming as well as a few decent sing-a-long choruses. “Here We Go Again” is a blazing ska punk track that would make Darkbuster proud while “Soundclash” mixes things up with some reggae and dancehall scrambled together with some ska punk with a guest appearance from dancehall MC D!Arryval. The last track “Switchblade” takes it full circle with another furious punk song reminiscent of a Subhumans song.

Although a little on the short side, “’Til Death” still manages to pack in a whole lot of bite into its’ small package. I enjoyed the variety on what I thought was going to be just another street punk album. To put in in pun terms…the Murder killed it.