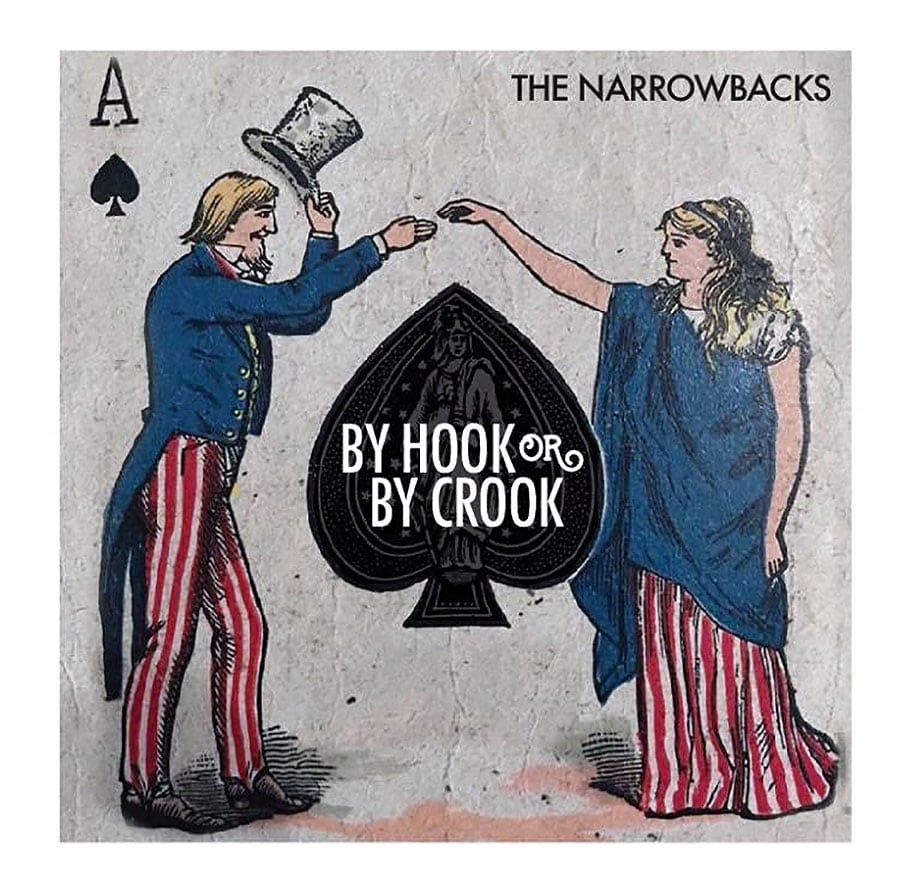 The Narrowbacks, the celtic rock/punk band from NY are back with a brand new album, their third full-length to date. They have released an EP and some singles in between albums though. Their last album Arrogance and Ignorance was my favorite album that they have done to date but I think this album might have surpassed it. By Hook or By Crook features 10 tracks that will immediately hook you in, well…by the 2nd track since the first track is a short intro into the second track. Fans of the band and Celtic rock/punk music in general should be very happy with this release!


After the title track and intro, the album really starts with “Streets of Woodlawn.” It’s the band’s first single and they released it back on St. Patrick’s Day. They premiered the song on CBS morning show and have been playing it live as well. There are one or two more songs that I recognize from their recent shows. The song is a fun, sing-along at the bar, kind of tune and should be a crowd favorite for future shows. After that is “Tripping Up The Stairs,” and the fiddle playing stands out. The band has added a fiddle player to their lineup and think it has added another dynamic to their sound. I’m a die-hard Levellers fan so I’m all for fiddles and other string instruments in Celtic and folk bands!

After that is “On The Radio,” no, not a cover of the Donna Summer song of the same name. This is another song that I recognized from their live set. The Narrowbacks certainly sound like they are getting confident in their music, breaking out into some solos, particularly this song. What has impressed me about the Narrowbacks albums is the production. It’s just top notch and makes them stand out from the crowded Celtic band genre. One song that feels different is “Delirium,” probably because it’s heavier and more of a Celtic punk tune. Think Dropkicks/Mahones style. As much as I dig the song, I prefer them doing the more Celtic rock tunes. “Jackson Notes” is probably my second favorite track on the album. The accordion & banjo playing are great, and the chorus is catchy as hell.

Overall, By Hook or By Crook is just as good as Arrogance and Ignorance. It might be better but I have to listen to this more. Both are excellent Celtic albums and people looking for some new Celtic bands should definitely give the Narrowbacks a shot. The 10 tracks fly by and makes you want more. Having the mandolin/banjo and accordion to their Celtic rock/punk sound already sounded awesome, now they have added a fiddle into the mix. I think their sound is now complete. With Seamus’s raspy vocals, Fionn’s guitar playing and the rest that I mentioned above, you don’t need to look too far to find an awesome Celtic rock band. Fire It Up!

album review, By Hook or By Crook, celtic punk, celtic rock, The Narrowbacks