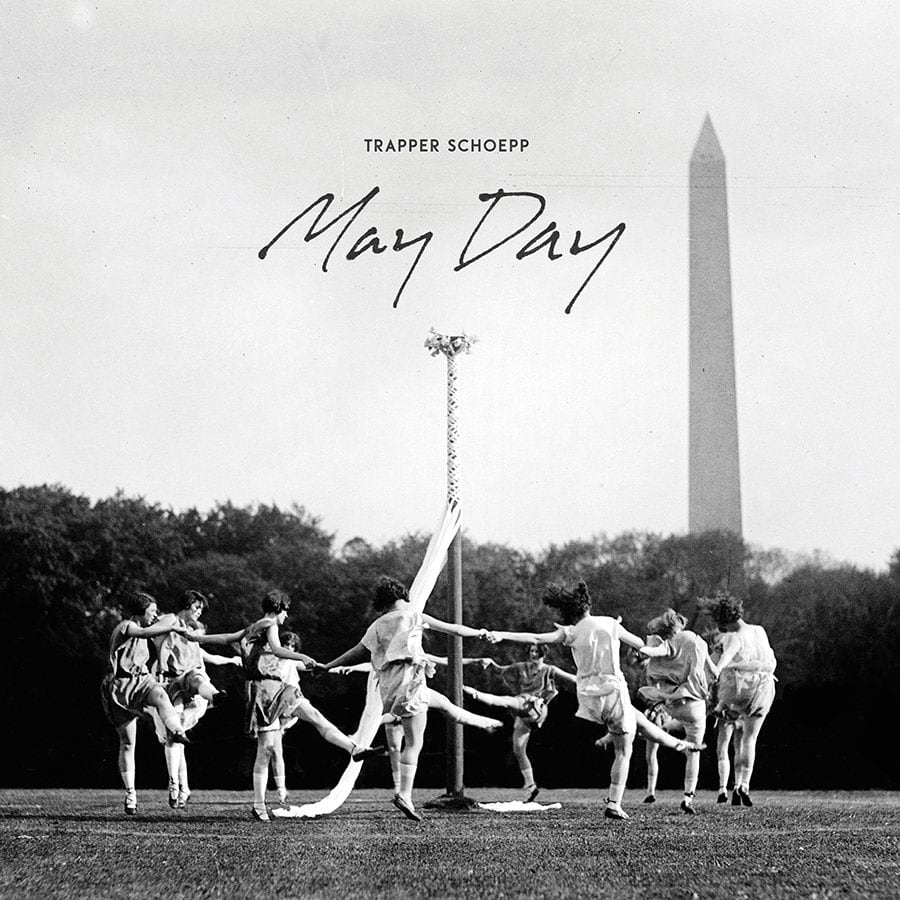 Trapper has become one of my favorite singer/songwriters over the past decade or so. It’s just interesting to see what he comes up with for each album. His latest album, May Day, finds himself creating music in a pandemic & lockdown and it might be his best material to date.

I took notice of Trapper when his band was called Trapper Schoepp & The Shades and had an album ‘Run, Engine, Run’ on Side One Dummy. I got to meet and hang with Trapper for a little bit shortly after that, take some pictures of him and film him playing some songs in Manhattan before his concert at City Winery. I’ve been glued in, so to speak, with each passing record. ‘Rangers & Valentines’ is an album that I absolutely love to this day, and thinking ‘May Day’ might be an equal if not greater than that album. Of course, fans of his will have their own albums they like more than others.

The title track “May Day” kicks things into gear quickly, and like with most of Trapper’s music, has that classic rock vibe to it. “River Called Disaster” is another highlight and the music video is something to watch as well. It’s fitting for the song, since filming of the video everything seemed to go wrong. I guess that sums up 2020 and the pandemic times.

The best song on the album is “Yellow Moon.” I think even Trapper joked that all the best songwriters at some point sing about the moon (i.e. Neil Young’s “Harvest Moon”). I’d even go as far and say I enjoy his song just as much as Neil Young’s “Harvest Moon.” Parts of the song resemble some riffs from Lynyrd Skynyrd’s “Tuesday’s Gone” as well, but much faster and more uptempo. Definitely one of my favorite songs that Trapper Schoepp has written to date.

After that is the track “Paris Syndrome,” which apparently is a thing I didn’t know about. Thankfully I didn’t have one when visiting Paris 10 years ago. Other tracks I enjoyed include “I Am A Rider” and “It Didn’t Take.” The latter is probably in my top 3 favorite tracks on the album. A rockin’ good tune and something I’d expect from Trapper.

It’s been awhile since seeing Trapper perform live but can’t wait to hear these new songs live. Some tracks are more uptempo than others but fast, slow, it doesn’t matter to me – all the songs are great in my eyes. Or ears? Whatever, the album has been out for almost 2 months now so go listen to it and buy it.