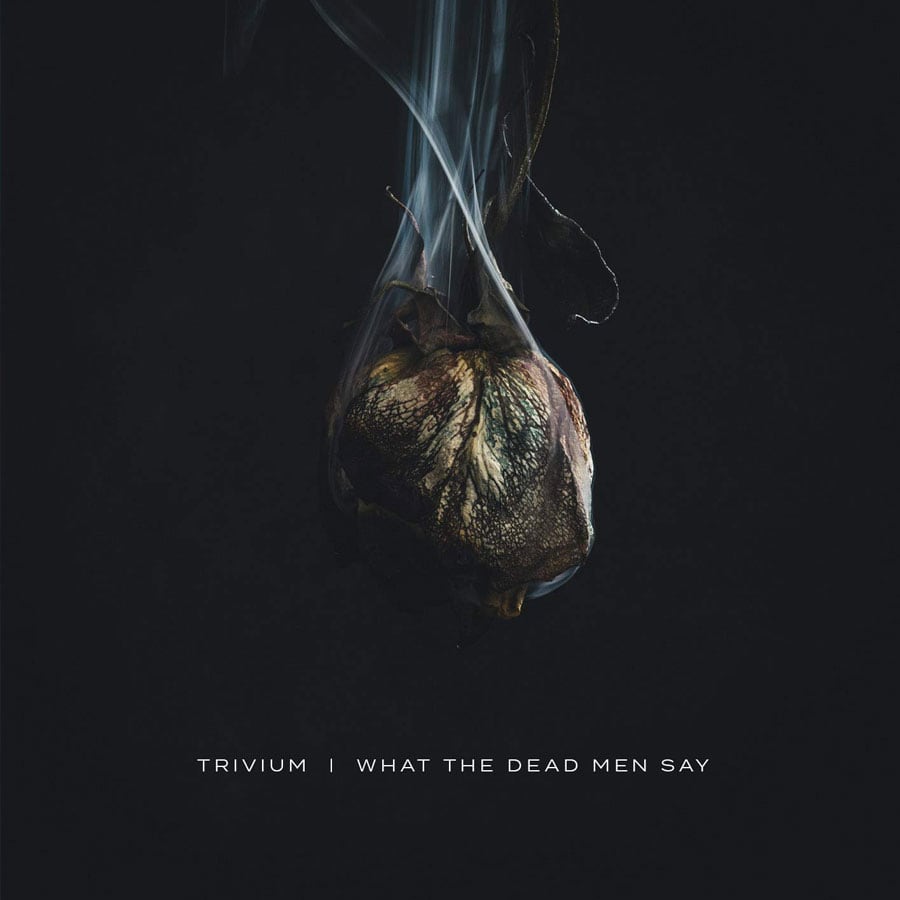 Don’t call it a comeback; they’re just that good. Trivium returns with the 9th full length album What The Dead Men Say. Early with the release of their Roadrunner release Ascendancy they were catapulted up the metal ladder in a time when most bands started to fall off. While garnering the eyes of the world the press and some fans alike touted them as the next Metallica, something that only drew the ire of outsiders; making this bitter resentment that’s overshadowed what actually is a great band. Instead of letting that damper them, the band has only grown to become one of metal’s guaranteed draws; establishing a fan base and support a lot of bands can only dream of.


Unlike previous efforts, the band chose to come right out of the gates putting metal first with their first pre-release single “Catastrophist;” which features some very triumphant riffing. You’re going to hear it a lot throughout this album; but Alex Bent really comes into play very well here on this album better than any Trivium drummer prior, which are big shoes to fill considering how good Travis was. It should be noted the way the band recorded this album was a bit different, opting to record guitars first then drums, giving way to get creative with riffs, which subsequently gave Alex more room for experimentation. And not to be outdone but Paolo’s bass sound is god like on this. I don’t know if I’ve heard another band make bass sound this good all while fitting it in with the rest of the record; considering bass is buried on most metal albums.

Let’s talk about the songs themselves; the album flows really well. From the intro into the title track a statement is made that they’ve not only been practicing their song writing craft, but they aren’t holding back at all. Between the title track and “Catastrophist” you hear enough of them blending multiple influences between metal and progressive all while showing off some brilliant instrumentation. Matt Heafy asserts some dominance as he’s shown on his twitch streams his dedication to honing his craft. Matt’s vocals here are from a spot of mastering both clean and screamed vocals in a way he can still sing the next show without blowing his voice. While the album may seem all full steam ahead metal, they do give nods to their more melodic material. “Bleed into me” and “Scattering the Ashes” aren’t bad, but a bit of a pallet cleanser from the onslaught of the other material to more casual fans. You do have to give it up for Trivium for mixing up it’s varying influences and styles, giving multiple nods to their influences throughout the album, whether it’s classic metal, thrash and anything else, there’s something for everyone on this one including plenty of face ripping solos.

Closing out with the epic “The Ones We Leave Behind” is the perfect way to triumphantly end this album. If for some reason you’re still holding a silly grudge against these guys, you’re only playing yourself and keeping you from hearing what will surely be one of the top 5 metal albums released in 2020. It’s a shame this came out during the covid era as it could have well as easily been an album that won over the summer touring crowd along with Lamb Of God.

Notable Tracks: Catastrophist, What the Dead Men Say, The Ones We Leave Behind, Amongst the Shadows and the Stones
Overall Rating: