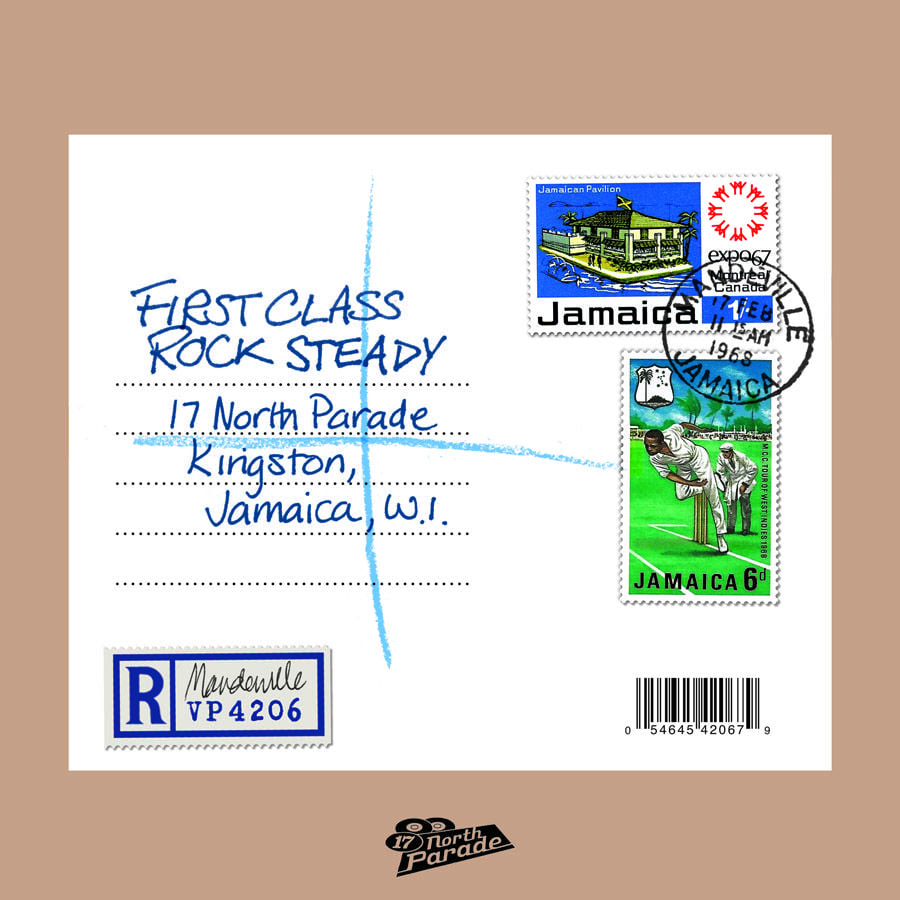 Falling in between the creation of ska music in the late 1950s and the reggae movement of the early 1970s, rocksteady music only lasted for a few years (1966-68), but its impact on the reggae music that followed cannot be quantified in mere numbers. Whereas ska took a blend of calypso, mento, soul and rhythm and blues and sped up the pace adding upbeats and walking basslines on top of a strong horn section, rocksteady turned the speedometer down and provided room for the musicians to work around a solid backbeat will keeping the backbone of its ska origins intact. This allowed vocalists to improvise and focus more on the lyrics with a more mellow sound than the fast-paced lyrical spouting found on early ska tracks. Early reggae musicians adopted the rocksteady sound, slowing it down even more while still focusing heavily on guitar parts that allowed for longer solos as well as experimentation with a heavy bass-heavy sound.

While rocksteady is sometimes known as the “forgotten sound” of Jamaican music, “First Class Rock Steady” shines the spotlight on many exceptional rocksteady artists. One of the most well-known rocksteady tracks, Hopeton Lewis’ “Take It Easy” kicks off the first disc which also contains exceptional selections from the Heptones, the Melodians, Alton Ellis, Errol Dunkley, and the Sensations to name a few. The second disc which, as well as the first, contains 20 classic rocksteady tracks from some ska/reggae/rocksteady greats such as Lee Perry, Derrick Morgan, Desmond Dekker, the Paragons and Johnny Nash.

There’s really no rhyme or reason for which tracks appear on which disc and in what order…you can basically throw all of the tracks onto your media player, hit shuffle and enjoy an amazing soundtrack to a forgotten, yet important form of Jamaican music. You have so many staples of the reggae/ska/rocksteady/dancehall scene in regards to name as well as song. Derrick Morgan provides an early glimpse into an ongoing staple in the ska scene with “The Great Musical Battle”, the king of ska Desmond Dekker shows that he adapted sounds with ease while Alton Ellis provided a beat and harmony that carries on with many modern bands in the ska and reggae scene. Do rock steady!

“First Class Rock Steady” is one of the best and most in-depth rocksteady collections that I have ever heard. There are literally dozens of rare tracks that have been remastered for this rocksteady compendium. Whether you’re already a fan of rocksteady (and quite possibly bebop) or if you’re new to the scene and want to dive deep into the sounds of Jamaica mid-20th century, this two disc set is a great place to start as well as an amazing addition to any ska, rocksteady or reggae collection.

Bottom Line: “First Class Rock Steady” is like a time machine that takes you right into the heart of Kingston circa 1966. There are so many great tracks, all remastered in all of their sonic glory.
Notable Tracks: Derrick Morgan-The Great Musical Battle, Hopeton Lewis-Take It Easy, The Heptones-I Am Lonely, Lee Perry-I Am The Upsetter, Allton Ellis-Rock Steady, Honey Boy Martin-Dreader Than Dread, Desmond Dekker-Intensified, Johnny Nash-Hold Me Tight
Overall Rating: